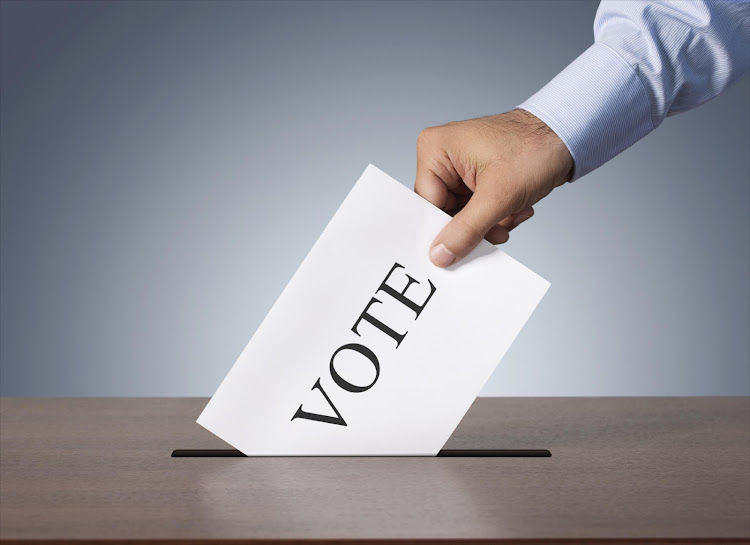 The Ipsos survey‚ which was conducted between April and June this year‚ also claims that the DA would manage only 28% of the votes in the Western Cape a province the party won by 59% in May 2014
Image: iStock Images

The Democratic Alliance (DA) has called on its members to ignore the Ipsos poll published this week‚ which showed that the party would only garner 13% of the votes in the next general elections.

The Ipsos survey‚ which was conducted between April and June this year‚ also claims that the DA would manage only 28% of the votes in the Western Cape - a province the party won by 59% in May 2014.

In a memorandum addressed to all the DA's party structures‚ dated July 17‚ election 2019 national campaign manager Jonathan Moakes wrote: “In short‚ I would suggest that these polling results be ignored. All indicators show that despite a currently difficult political environment‚ the DA is on track to grow in next year’s national election‚ retain the Western Cape and become the biggest party in Gauteng and the Northern Cape”.

Moakes refers the structures to an article he wrote for the Daily Maverick last Tuesday‚ where he challenged the results of the Ipsos “pulse of the people” survey. He said the survey does nothing to improve the reputation of the polling industry which got it wrong in the Brexit referendum in the UK and the US 2016 election and "have cast great doubt on the methodology and ability of public and political pollsters to predict voter behaviour accurately".

ANC has reversed gains made under Nelson Mandela: Mmusi Maimane

DA leader Mmusi Maimane says South Africa is not headed in the right direction under the leadership of the ANC‚ which has reversed the gains made by ...
Politics
3 years ago

In the article‚ Moakes details “inaccuracies” in Ipsos' surveys over the years – saying in the memo that the “polling results released by Ipsos are inaccurate‚ misleading and at least 10 percentage points out from what the real situation is”.

He called on the party's structures to take into account that "Ipsos has a history of being inaccurate when it comes to political polling – as evidenced in 2009‚ 2010 and 2016”.

"Ipsos are generally quite opaque when it comes to revealing the methodology they have used‚" he wrote.

He also took an issue with the allocation of undecided respondents and respondents who “won’t say” or “refuse” to answer questions in the survey adding that it was unclear as to whether Ipsos have just confined their results to registered or unregistered voters. And that they may have also polled respondents under the age of 18.

Moakes told TimesLIVE that the DA has previously engaged Ipsos about its methodology but the talks didn't answer "key questions".

"The one fundamental thing that they don’t do is allocate undecided people that refuse to answer the question. Any sort of polling model that seeks to predict the snap shot of where the electorate is should do that‚" he said.

Moakes said he didn’t think Ipsos is getting a representative enough sample.

"I think there is something off with their weighting and I don’t think they are modelling to apply the right breakdown of the 'undecideds'."

DA leader in Gauteng John Moody says the party has started looking at possible coalitions after next year's general elections.
Politics
3 years ago

Moakes said the inclusion of non-voters in the poll - Ipsos polled 3‚738 South Africans 15 years and older - was a bit distressing as they may not be registered as voters.

"I think that is part of the problem. If they are polling people that are unregistered it's never going to be the most accurate account of the electorate."

He said the DA was "very confident" that it was on track to retain the Western Cape and to bring the ANC below 50% in Gauteng and in the Northern Cape. "That's what our polls point to at this moment".

Ipsos' Antonia Squara defended their methodology as very robust and having a margin of error of 1.6%. She added that their political polling throughout the years had been "very accurate" and within four percentage points of the actual results.

Squara said they could not do voter allocation at this point‚ as they would have to go through "a whole of modelling" in order to get down to who people are going to vote for and to make an accurate prediction.

"This is not a prediction‚ it's more of putting a stick in the water on what are people feeling‚ what can we do with these results and what can political parties do to change people's opinions.

"When we have a look at the different results‚ there is not much difference if you cut across the different demographics in terms of age and all that‚" she said.

Squara said the decrease in the DA's number was expected based on the party's internal issues and the negative media around them.

The ANC could no longer count on South Africans to vote for the party because it had led the country to liberation‚ President Cyril Ramaphosa said on ...
Politics
3 years ago

DA leader Mmusi Maimane emerged from a two-day session of the party’s federal executive on Saturday with a warning that the fight for an alternative‚ ...
Politics
3 years ago