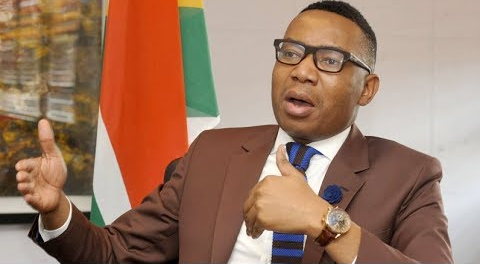 Former deputy minister of higher education and training‚ Mduduzi Manana, announced on Tuesday that he had resigned as a member of parliament.
Image: File photo

Former deputy higher education and training minister Mduduzi Manana - who pleaded guilty to a nightclub assault - has resigned as a member of parliament.

Manana made the announcement on Tuesday in a statement issued by the Mduduzi Manana Foundation.

“I have decided to voluntarily withdraw my membership from the National Assembly after almost 10 years of active participation in parliamentary politics,” Manana said.

“This will give me ample time to focus my renewed energies on the work of my political organisation ahead of the 2019 general elections, my academic commitments and my business interests.”

The resignation comes in the wake of the former deputy minister pleading guilty to three charges brought against him for an incident at the Cubana restaurant in Fourways, Johannesburg, last year. At the time he resigned from his position as second-in-command in the higher education ministry, saying he was "shameful" of the act.

He was also accused of assaulting his now-former domestic worker, Christine Wiro, earlier this year. The NPA on Monday announced it had declined to prosecute the case - and Manana had denied any wrongdoing.

Manana said in his statement on Tuesday he did not resign earlier despite “mounting pressure” because he felt it would have been a “premature step” and “would have most likely amounted to admission of guilt”.

Former Deputy Minister of Education Mduduzi Manana will not be prosecuted for allegedly assaulting his domestic worker.
News
3 years ago

The Commission for Gender Equality has stepped in to help Christine Wiro‚ the former domestic worker of ANC MP Mduduzi Manana who accused him of ...
News
3 years ago