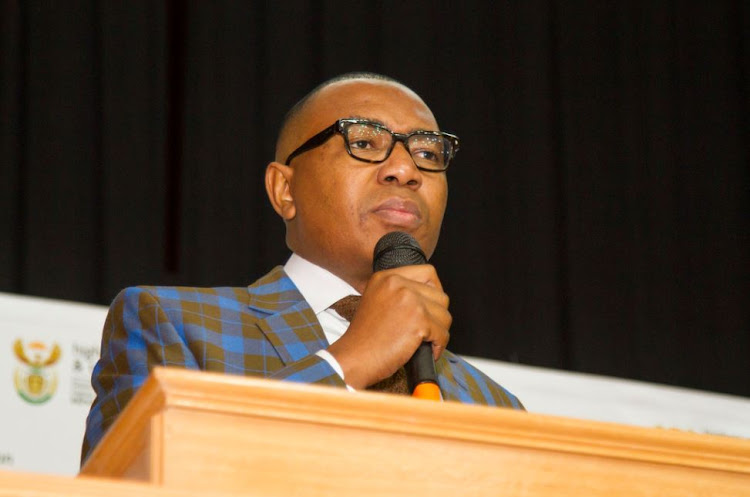 Former deputy higher education and training minister Mduduzi Manana’s resignation as a member of parliament was an attempt to “evade accountability”.

That was how the DA interpreted his abrupt resignation on Tuesday. Manana was supposed to appear before Parliament's Joint Committee on Ethics and Members' Interests on Wednesday.

The resignation comes in the wake of the former deputy minister pleading guilty to three charges brought against him for an incident at the Cubana restaurant in Fourways‚ Johannesburg‚ last year. At the time he resigned from his position as second-in-command in the higher education ministry‚ saying he was "shameful" of the act.

He was also accused of assaulting his now-former domestic worker‚ Christine Wiro‚ earlier this year. The NPA on Monday announced it had declined to prosecute the case - and Manana had denied any wrongdoing.

“This resignation is nothing more than an attempt to evade accountability by not going before Parliament’s Joint Committee on Ethics and Members’ Interests‚” charged DA MP John Steenhuisen.

“He seems to have jumped before being pushed‚ resigning less than 24 hours before having to face the ethics committee‚” he said‚ describing the resignation as a face-saving exercise that would remove him from the public gaze.

“If Parliament cannot hold Manana‚ a convicted abuser‚ to account then it is up to his party‚ the ANC‚ to hold him accountable‚” he added. He called on the ANC to refer Manana to the party’s internal ethics committee.

Manana announced his resignation in a statement issued by the Mduduzi Manana Foundation.

“I have decided to voluntarily withdraw my membership from the National Assembly after almost 10 years of active participation in parliamentary politics‚” Manana said.

“This will give me ample time to focus my renewed energies on the work of my political organisation ahead of the 2019 general elections‚ my academic commitments and my business interests.”

Manana said in his statement on Tuesday he did not resign earlier despite “mounting pressure” because he felt it would have been a “premature step” and “would have most likely amounted to admission of guilt”.

In less than two weeks, two public figures seemingly survived prosecution by the National Prosecuting Authority (NPA). But even though they might not ...
News
4 years ago

Manana demands his day in court

A letter sent by MP Mduduzi Manana’s lawyers to the Douglasdale police station in Johannesburg has revealed that the former deputy minister wants his ...
News
4 years ago

Zizi Kodwa‚ the head of the office of the Presidency at the ANC's HQ‚ Luthuli House‚ has committed the party to instituting an internal hearing on ...
Politics
4 years ago