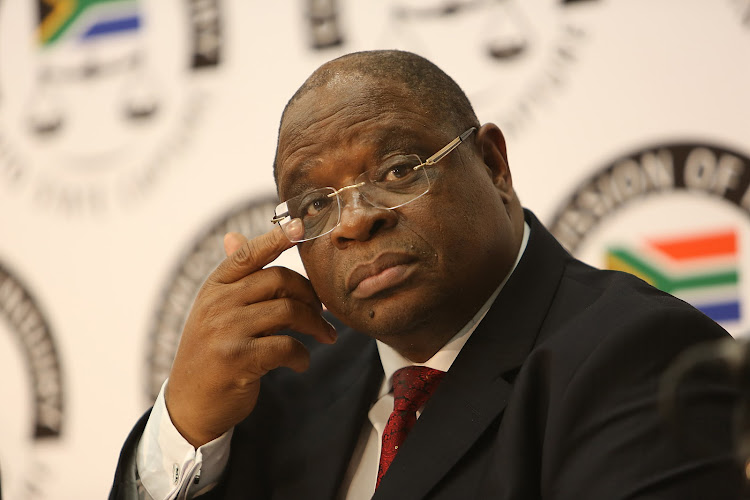 The first hearings in the State Capture inquiry will be in August‚ while the first notices to implicated individuals will be sent out on Monday‚ deputy chief justice Raymond Zondo announced on Friday.

"I am happy to announce that this commission will be sitting and have its first hearing on August 20. At this stage we contemplate that the hearings will take no less than 3 weeks. But there is a chance that they could take longer than that‚" Zondo said during a media briefing in Johannesburg.

Hefurther added that the first hearings could take up to six weeks.

Deputy Chief Justice Raymond Zondo announced that August 20 2018 will be the starting date for the Commissions of Inquiry into the Allegations of State Capture, Corruption and Fraud in the Public Sector Including Organs of State, in a media briefing on Friday July 27 2018 Subscribe to TimesLIVE here: https://www.youtube.com/user/TimesLive

He added that there would probably be another hearing before the end of the year‚ and it would likely resume again early in the next year.

The inquiry‚ headed by Zondo‚ was given a 24-month extension by the High Court in Pretoria from March‚ as long as there were no objections to the commission.

Zondo had approached the court last week seeking the extension‚ which was granted on Monday. It was‚ however‚ subject to a confirmation‚ which would be made on October 2‚ 2018.

The court has called on various people‚ including President Cyril Ramaphosa‚ public protector Busisiwe Mkhwebane and political parties‚ to show cause why the 180 days should not be extended by 24 months‚ calculated from March 1.

Zondo said although the extension was subject to confirmation‚ it brought "relief" to the commission.

The commission of inquiry is looking into alleged malfeasance in which high-profile politicians including former president Jacob Zuma have been implicated. Former finance minister Pravin Gordhan‚ who is now public enterprises minister‚ has said the country is estimated to have lost R100-billion through state capture.

The Hawks and the National Prosecuting Authority have already acted against some suspects‚ with a number of Gupta associates and a family members appearing in court in relation to the Estina dairy project‚ while family patriarch Ajay Gupta is being sought by the Hawks and has since been declared a fugitive.

In May‚ Zondo said the state capture inquiry was likely to take two years to complete its work‚ one-and-a-half years more than the time allocated.

Previously‚ 180 days had been set aside for the commission to complete its investigations‚ hearings and final report‚ but after an assessment this was found to be impossible.