Need to beef up crime intelligence at OR Tambo airport: DA 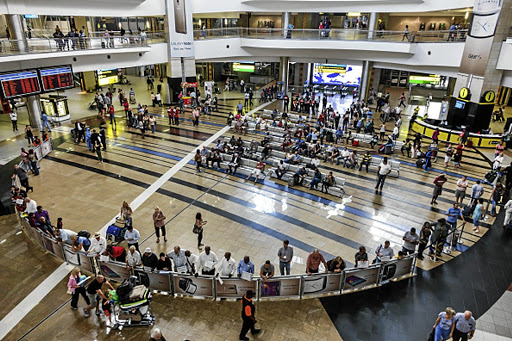 The police’s efforts to make OR Tambo International Airport a crime-free zone have yielded results but more still needs to be done to intercept criminal syndicates operating in and around the national key point‚ DA shadow minister of police Zakhele Mbhele says.

“The incidents of crime have been reduced but there are still challenges. There is understaffing of the police‚ manpower needs to be beefed up to operate better despite improvement‚” he said.

However‚ Mbhele said there was inadequate crime intelligence to combat the most serious of criminal activity‚ organised crime including passport fraud‚ drug trafficking‚ violent crimes‚ and theft from luggage.

“We need permanent appointments for stability and certainty so that expert knowledge and understanding can be built up in this specialised environment‚” he added.

Mbhele said better resourcing and equipping of crime intelligence could inform intelligence-led operations that identify‚ infiltrate and ultimately neutralise the syndicates that operate in and around the airport.

He said there were also improvements in catching drug mules‚ but added that was not enough as those were just the lowest operatives in drug trade and the nabbing of kingpins was still lacking.

“The biggest security risk factor in the airport environment is collusion among corrupt elements in the different departments and agencies operating within the airport.

"The syndicate networks exist with corrupt officials in that space to make organised crime possible. If they can crack and neutralise these networks‚ that would take care of the problem once and for all‚” he added.

One of South Africa’s most wanted cash-in-transit heist kingpins‚ Wellington “Bibi” Cenenda‚ has been arrested.
News
3 years ago

For the past two weeks many commuters with monthly train tickets have had to use alternative transport due to the poor service of Metrorail in Cape ...
News
3 years ago