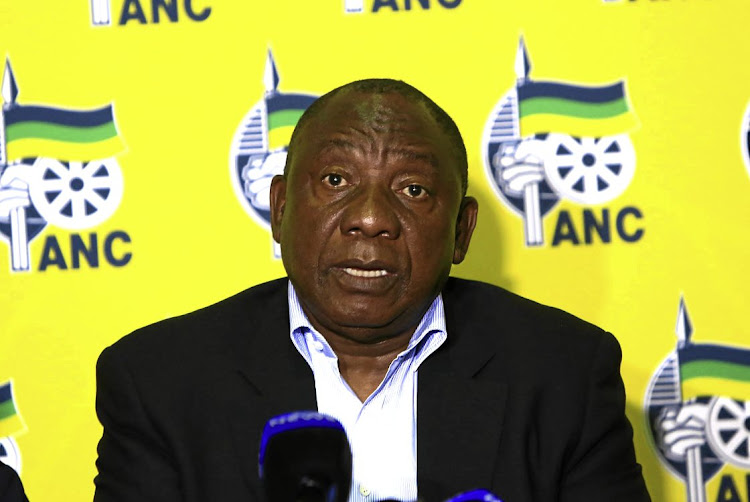 President Cyril Ramaphosa announced on Tuesday night that the ANC national executive committee (NEC) had decided to change the Constitution to expropriate land without compensation.

Speaking after the party’s two-day NEC Lekgotla in Tshwane, he said the ANC, “through the parliamentary process” would “finalise a proposed amendment to the Constitution that outlines more clearly the conditions under which expropriation of land without compensation can be effected.”

“It has become patently clear that our people want the Constitution be more explicit about expropriation of land without compensation, as demonstrated in the public hearings (on land expropriation).

“There is also a growing body of opinion, by a number of South Africans, that the constitution as it stands does not impede expropriation of land without compensation,” he said.

Read his full unedited statement below:

The African National Congress has just concluded a two-day NEC Lekgotla in Tshwane.

The Lekgotla focused on a number of issues, including the current status of our economy, job creation and land reform.

It further engaged on issues of governance, social development and broader transformation which will be elaborated on by the Secretary General tomorrow.

We thought that it was important for the President of the ANC to clearly and unambiguously articulate the position of the organisation on two matters that are critical to the economic development of our country and the well-being of its people.

The first is the implementation of of the ANC’s resolution on land reform.

The second is about the current economic environment.

On land reform, the ANC applauds our people, from all walks of life – including the rural poor, farm labourers, the unemployed, the landless, urban residents, farmers and traditional leaders – for expressing their views on this critical matter.

Our people have been expressing their views on the land question openly and without any fear or favour.

They have been putting forward solutions on how the land question can be resolved.

This is the constitutional democracy that we fought for.

The ANC reaffirms its position that the Constitution is a mandate for radical transformation both of society and the economy.

ANC President Cyril Ramaphosa is addressing the nation on the resolutions taken by the party's national executive committee during its recent ...
Politics
4 years ago

It has become patently clear that our people want the Constitution be more explicit about expropriation of land without compensation, as demonstrated in the public hearings.

There is also a growing body of opinion, by a number of South Africans, that the constitution as it stands does not impede expropriation of land without compensation.

The lekgotla reaffirmed its position that a comprehensive land reform programme that enables equitable access to land will unlock economic growth, by  bringing more land in South Africa to full use, and enable the productive participation of millions more South Africans in the economy.

Accordingly, the ANC will, through the parliamentary process, finalise a proposed amendment to the Constitution that outlines more clearly the conditions under which expropriation of land without compensation can be effected.

The intention of this proposed amendment is to promote redress, advance economic development, increase agricultural production and food security.

It will also transform the unjust spatial realities in urban areas.

Land hearings key in decision to expropriate without compensation: Ramaphosa

Comments‚ deliberations and demands made during national hearings were a key factor in the ANC deciding to go ahead with plans to amend the ...
News
4 years ago

To accelerate agrarian reform, the ANC has further directed government to urgently initiate farmer support programmes in depressed areas before the first rains this year.

This should include supporting farmers with tools, tractors, fertilisers, seeds, extension services, finance and access to key infrastructure.

Our economy is facing serious challenges. The recently released figures on unemployment are worrying.

Given this economic environment, the Lekgotla directed government to move with urgency to develop and implement a stimulus package to ignite growth that will lead to the creation of jobs, especially for young people and women.

These efforts should focus on rural communities and townships.

This stimulus package will be based on existing budgetary resources and the pursuit of new investments while remaining committed to fiscal prudence.

It will comprise, amongst others, of the following:

-   Increased support for entrepreneurship and employment opportunities for youth and women, as well as small and medium businesses

-   Ensure that procurement focuses on localization

-   Training for unemployed young South Africans with the skills necessary to compete in a rapidly-changing economy.

As deployees of the ANC in government, we have committed that the work to develop this stimulus should start now to ignite growth, tackle unemployment and mitigate the effects of the rising cost of living.

We call on all South Africans to work with us in developing a social compact for economic inclusion, economic growth and jobs for all.