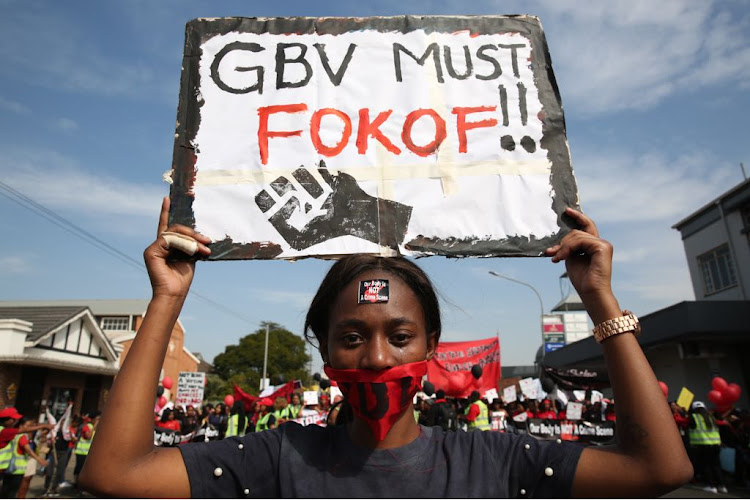 A tearful Xoliswa Buthelezi at the #TotalShutdown march in Pietermaritzburg on August 1, 2018.
Image: Jackie Clausen

Ramaphosa announced this on Thursday during his speech at the National Women’s Day Event in Mbekweni‚ Paarl‚ in the Western Cape.

“I have instructed the Minister of Police [Bheki Cele] to investigate this matter and make sure that we take action against those police officers with immediate effect.”

The South African government will convene a national gender summit on August 31 in an attempt to find a solution to "the crisis" of the rise of ...
Politics
2 years ago

Two convenors of the march in Pretoria were charged by the police‚ however National Police Commissioner General Khehla John Sitole later announced that the case had been closed as it was unfounded.

Organisers said in a statement on Monday the convenors were part of the crowd that had marched to the Union Buildings. #TheTotalShutdown spokesperson Avela Faye said a case had been opened at the Sunnyside police station‚ adding that the charges related to their permits to protest and “the demand to not vacate the premises without seeing the president”.

Sitole said later on Monday he viewed the case against the two convenors in a "very serious light".

“At no stage was the police management informed that the protesters‚ #TotalShutdown‚ have transgressed in any way before‚ during or after the protest march. Therefore‚ police management finds it surprising that a case of such a nature would be opened. In light of this‚ a decision has been taken to close this docket as being unfounded.”

Two convenors of the nationwide march against gender-based violence and femicide last week have been charged by the police in Pretoria.
News
2 years ago

'I hang my head in shame,' says Ramaphosa over gender-based violence

President Cyril Ramaphosa said he was deeply upset at hearing the stories of abuse suffered by South African women, as he addressed protesters taking ...
News
2 years ago