SA has failed its women: Ramaphosa 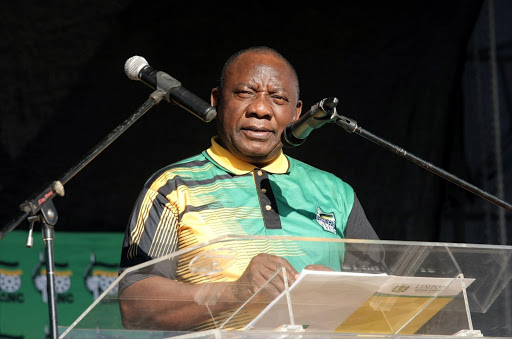 South Africa has failed its women and their constitutional rights‚ President Cyril Ramaphosa said on Thursday.

Ramaphosa was speaking at the National Women’s Day Event in Mbekweni‚ Paarl‚ in the Western Cape.

“As a government and as a society‚ since the advent of democracy‚ we have failed to ensure that the women of South Africa are able to exercise their Constitutional right to peace and security. In that sense‚ we have failed to live up to the promise of 1994‚” Ramaphosa said.

Ramaphosa said gender-based violence was a “crisis” - and that a “war” was being waged against women in towns‚ cities‚ homes‚ schools‚ universities‚ streets‚ parks and open spaces.

“A war is being waged against the women of South Africa. It is a war against women’s bodies‚ their dignity‚ their right to freedom‚ their right to security and equality. It is an affront to our common humanity and a betrayal to the values of our Constitution.”

The South African government will convene a national gender summit on August 31 in an attempt to find a solution to "the crisis" of the rise of ...
Politics
3 years ago

Ramaphosa said gender-based was an epidemic that has reached unprecedented levels.

“In ways that are both subtle and brutal‚ women are subjected each and every day to verbal‚ as well as emotional and physical abuse.”

For him the answer lay in education as a means to empower young women.

“Young women face several challenges‚ such as outdated attitudes to the education of women‚ relegation to domestic duties or responsibility for child care.”

He added that poverty was burden that women carry disproportionately.

“The face of poverty and suffering is still worn by the women of South Africa… They are neglected in the provision of government services and are overlooked by the business community.”

Shortly after Ramaphosa took to the podium a small group of protestors disrupted his speech and held up placards with their grievances about land. Some placards read “This is our land”‚ while others read “Ons soek ons grond terug”‚ which translates to “we want our land back”.

“Poor and working class women have the same right‚ and need to have the same opportunity‚ as men to own property in well-located urban areas‚” Ramaphosa said.

“Women are‚ at minimum‚ equal beneficiaries of government programmes to address asset poverty.”