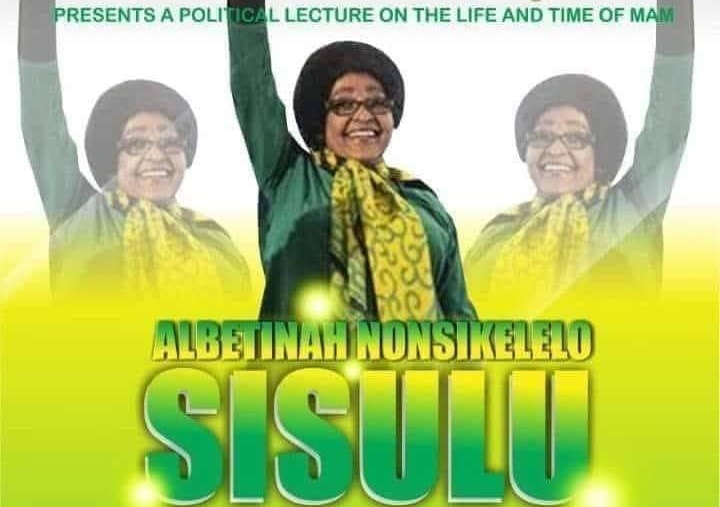 The poster for the ANCYL Elias Motsoaledi Sub-Region event had many people confused.
Image: Twitter/KunjaloD

A poster from the ANC Youth League sub-region in Sekhukhune in Limpopo advertising a political lecture had so many mistakes that people reading it were left bewildered.

No prizes for picking up two mistakes in this poster by the ANCYL pic.twitter.com/OBm4YfczO4

The poster‚ circulated widely on social media‚ even got the spelling of Sisulu’s first two names wrong. It read: “Elias Motswaledi sub-region presents a political lecture on the life and time of Mam Albetinah Nonsikelelo Sisulu”.

Coordinator of the sub-region Puti Tau acknowledged on Monday afternoon that there were mistakes in the original poster that the sub-region had printed to draw attention to the lecture on the life and times of Sisulu.

Tau said the region had since rectified the mistakes and issued a new poster.

In the new poster‚ the sub-region in Groblersdal is still referred to as “Elias Motswaledi”. 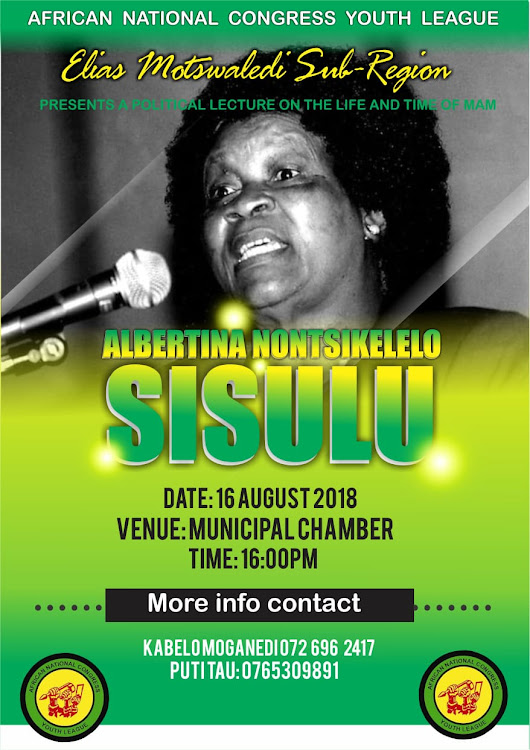 Even the new poster had a few gremlins.
Image: Supplied

“The ANCYL Elias Motsoaledi Sub-Region in the mighty Sekhukhune Region‚ would like to take this opportune moment to tender its apology to the nation‚ ANC‚ ANCYL and all Mass Democratic Movements and most importantly to the Sisulu family for the poster that has been circulating on social media space depicting the photo of our struggle icon … Mama Winnie Madikizela Mandela with the names of our struggle stalwart Mam’ Albertina Nontsikelelo Sisulu‚” the sub-region said in a statement.

The sub-region said it took full responsibility for the confusion caused by the poster and thanked everyone who took it upon themselves to help them correct the errors.

It also called on those in possession of the offending poster to refrain from using it to attack or shame the organisation.