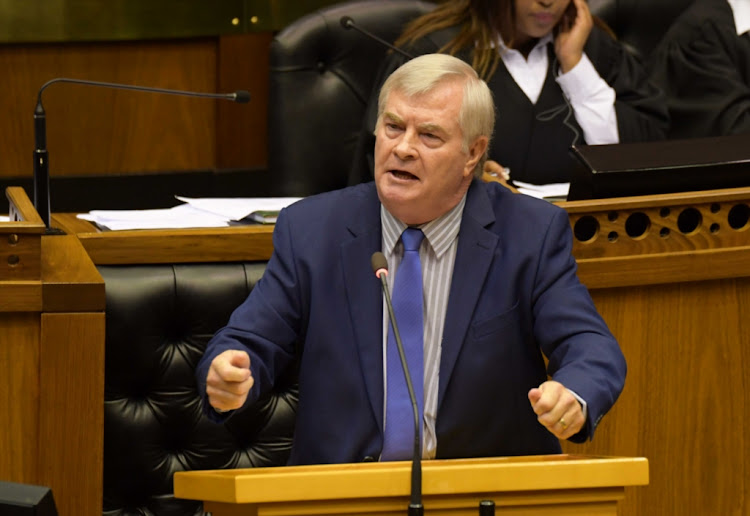 The Freedom Front Plus is going international with its campaign to stop land expropriation without compensation from being government policy, but it is not calling for sanctions just yet.

On Monday‚ the party announced that it has written to the United Nations' human rights commission in Geneva to complain against the SA government and its intention to expropriate land without compensation.

FF Plus leader Pieter Groenewald said the UN procedures provided for complaints to be lodged even before the constitution has been amended.

According to process‚ the UN will now write to the SA government to give its side of the story‚ he said.

“That is part of our efforts to put pressure on the SA government so that they can realise that to amend the Constitution to provide for expropriation without compensation is actually a violation of Article 17 of the UN’s Universal Declaration of Human Rights‚ which protects private ownership of property and prohibits expropriation without compensation.”

Groenewald said expropriation without compensation and illegal invasions of land were a reality in SA and created “a lot of uncertainty” with land owners who were not only farmers but also land owners who had land in cities. “That uncertainty is the opposite of what President [Cyril] Ramaphosa said - that there must be certainty.”

Groenewald said the FF Plus campaign had started last year and part of that campaign was the “internationalisation” of expropriation without compensation as well as farm murders in the country.

Land reform must happen 'quickly and at scale' in SA

In order to avoid populism land reform needs to happen quickly and at scale.
Politics
3 years ago

“I have spoken to members of the European Parliament and Corne Mulder spoke to members of parliament in the United Kingdom. I am also a member of the presidency of Unrepresented Nations and People Organisations [UNPO] and on these presidency meetings‚ I always raise the issue of farm murders and in the last two meetings… as far as expropriation of land without compensation is concerned‚” revealed Groenewald.

He said he had requested the Washington office of UNPO to inform the US government about the situation in South Africa and “therefore we are also invited by the embassy of the US in Pretoria to make a submission as far as our view on expropriation without compensation. We will do that very soon.”

“I want to put it quite clear‚ if it is necessary that we have to request sanctions against the South African government to prevent them to not change the Constitution‚ we will do so‚” said Groenewald.

He said his party was not objecting to land reform and had in fact made numerous proposals on how to speed up land reform‚ including during the ongoing parliamentary process.

The party has also launched an SMS line where people whose land is being invaded can reach out for help.

Land Bank wary of politics' effect on issue, and on its own credit profile
Business Times
3 years ago

While US President Donald Trump took to twitter to wade into South Africa’s land debate‚ President Cyril Ramaphosa took to the Financial Times to ...
Politics
3 years ago