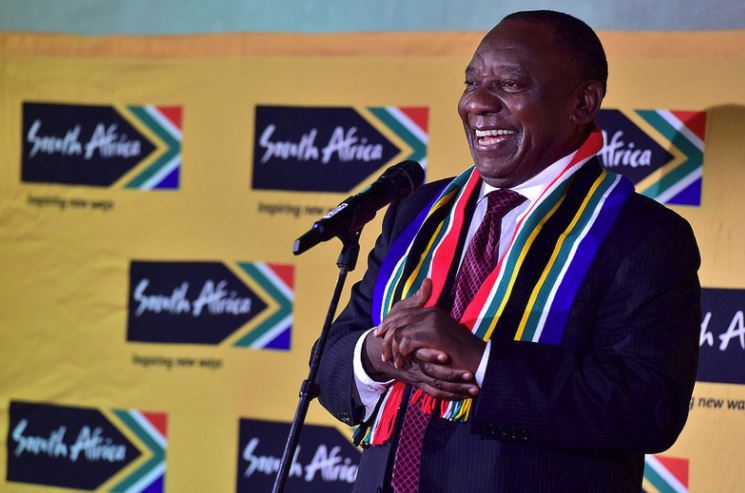 The government and the Bank of China have entered into a trade agreement that will see the Chinese making investments to the tune of $1.1-billion (R15-billion) in special economic zones and industrial parks in South Africa.

The cooperation agreement to promote trade and investment between Beijing and Pretoria is one of several deals that were struck between the two countries as part of President Cyril Ramaphosa's first state visit to China.

Ramaphosa is on Monday due to co-chair the two-day summit of the Forum on China-Africa Cooperation‚ along with his Chinese counterpart Xi Jinping‚ before returning home on Thursday.

In terms of the agreement between the Bank of China and the Department of Trade and Industry (DTI)‚ one of the biggest commercial banks in China has committed to pumping money into the development of special economic zones in South Africa.

President Cyril Ramaphosa says South Africa is being "recalibrated" to be attractive to local and international investors in a bid to stimulate ...
Politics
3 years ago

British Prime Minister Theresa May has assured South Africa that her government’s looming exit from the European Union will not affect trade ...
Politics
3 years ago

The Bank of China and the SA trade department were due to finalise the implementation‚ which would include specific projects to receive investment‚ and related timelines.

The DTI also struck a deal with the National Development and Reform Commission of the People's Republic of China (NDRC)‚ specifically targeted at a special economic zone to be developed in the Limpopo area of Musina-Makhado.

The deal would include the construction of a 4‚600MW coal-fired power plant over six years and a cement production plant over three years. It would also include investments in stainless steel plants and ferro-chromium/manganese plants.

Limpopo premier Stan Mathabatha‚ who is part of the delegation accompanying Ramaphosa in Beijing‚ said the investment was worth around $10-billion.

"It's beneficial to the people of South Africa as a whole because this special economic zone is going to employ a maximum of about 21‚000 people‚ it covers a space of 60km‚ and the companies that we've signed with are big companies‚ they are conglomerates‚ all of them from China‚" said Mathabatha.

"But we're starting to see other South African companies coming on board. For example‚ we've got Coal of Africa here with us as part of the delegation led by the president."