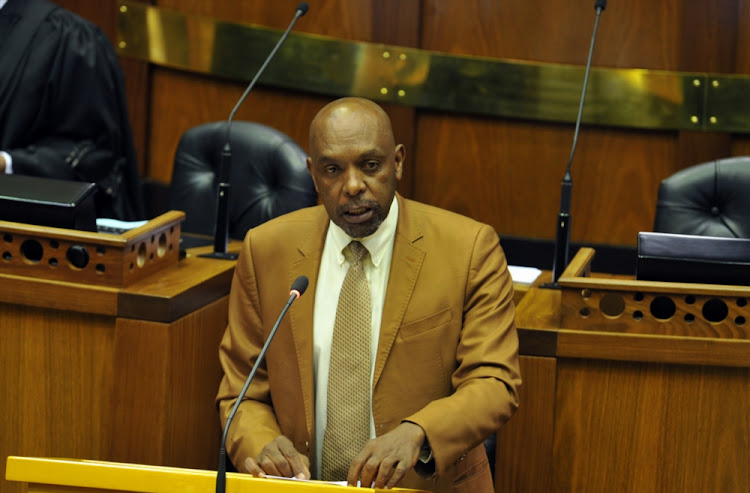 ANC MP Vincent Smith has asked that he be removed as chairman of parliament's constitutional review committee until a probe into allegations that he received large sums of money from a private consortium is finalised.

On Sunday‚ City Press reported that Smith‚ who is chairing the parliamentary process in reviewing Section 25 of the constitution to allow for land expropriation without compensation‚ was paid at least R670‚000 by facilities management group Bosasa over the past three years. Smith reportedly also accepted the installation of electric fences and a CCTV system at his home.

In a statement on Tuesday‚ Smith said he entered into an agreement for a personal loan with Bosasa COO Angelo Agrizzi.

"This loan was processed to me in two separate payments; an amount of R220‚000 in 2015; and R395‚000 in 2016. The loan was for the university tuition fees of my daughter in year one (2015) and year two (2016). I deny any further assistance‚ financial or otherwise‚ including the installation of CCTV cameras at my home from him or any other person or company. The cameras that are at my home were paid for by myself. My sole directorship of Euro Blitz 48‚ a company through which the loan was processed‚ is fully declared in the register of members interest and this has been the case since the acquisition of the company‚" he said.

"I am in total support of being held accountable and I therefore welcome any investigation into my personal loan transaction. I will fully participate in the parliamentary process led by the ethics committee; a process which I have no doubt will absolve me completely.

Call for probe into ANC MP after reports of Bosasa payments

"I am also going to present myself to the ANC integrity commission at their earliest convenience in the interest of being held accountable by my own organisation."

Smith said he also made a request to the leadership of the ANC parliamentary caucus that he be allowed to step aside from chairing any parliamentary committee until the ethics committee process is finalised.

In a separate statement‚ ANC chief whip Jackson Mthembu said he will present Smith's request to the party's caucus political committee scheduled to sit on Wednesday next week.

Bosasa had secured contracts with several government departments worth over R10bn including the department of correctional services.

Smith had oversight of this department when he chaired the correctional services portfolio committee in 2014‚ as well as through his membership of the Standing Committee on Public Accounts (Scopa) and as an alternate member on the justice and correctional services from 2014 to August 2018‚ the DA noted‚ after Sunday's news report had been published.

ANC MP Mathole Motshekga has been removed from the National Assembly's justice portfolio committee. He will be replaced by Vincent Smith.
Politics
2 years ago

A parliamentary meeting to consider Public Protector Busisiwe Mkhwebane's submission as to why she should not be removed from office was postponed on ...
Politics
2 years ago