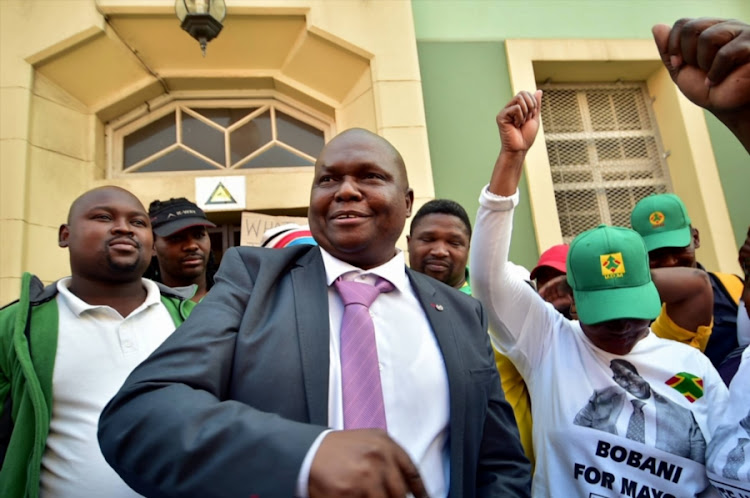 The National Treasury has stepped in amid the spat between Nelson Mandela Bay’s political bosses and the administration‚ demanding answers to alleged attempts by councillors to interfere in tenders and jobs.

It points out‚ in a strongly worded letter‚ that tampering in supply-chain management is a criminal offence which could lead to jail time of up to five years‚ and asks city manager Johann Mettler to provide details of any such alleged attempts by Mayor Mongameli Bobani and councillors.

Meanwhile‚ it also emerged on Wednesday that Bobani had‚ in fact‚ signed Mettler’s special leave application. This was contrary to his earlier claims that Mettler had left town without informing him.

The treasury’s intervention follows a report in The Herald earlier this week on an instruction to two senior managers by their political heads to place a moratorium on the filling of vacancies and tenders.

The instruction was withdrawn later‚ after Mettler told his staff to resist attempts at interference‚ saying it was illegal to meddle in procurement.

On Wednesday‚ the treasury’s chief director of local government budget analysis‚ Jan Hattingh‚ told Mettler to explain what he was doing about the alleged attempts to interfere.

“Please make available any further information‚ documents and explanations of these alleged interferences‚” he says in the letter.

“In addition‚ provide us with the information on the steps that you are taking as the accounting officer to address this situation‚ including with respect to the procedures outlined in Chapter 3 of the Municipal Regulations on financial misconduct procedures and criminal proceedings.”