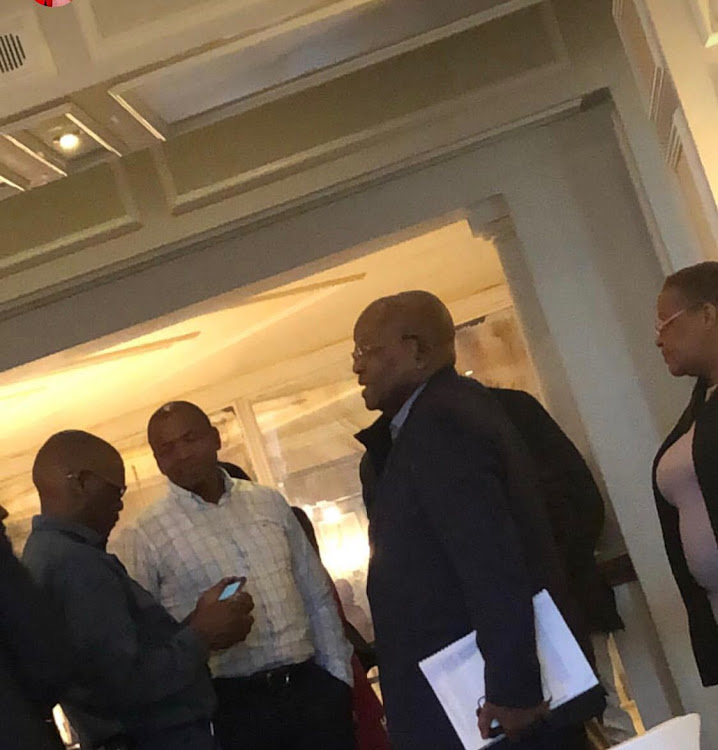 ANC secretary-general Ace Magashule was part of a clandestine meeting with former president Jacob Zuma at a Durban beachfront hotel on Thursday, when plans to unseat President Cyril Ramaphosa as party leader were allegedly discussed.

The meeting at the Maharani Hotel was preceded by one the day before at the Beverly Hills Hotel in Umhlanga Rocks. That meeting is believed to have been attended by Magashule, Mahumapelo and former SAA board chair Dudu Myeni. Zuma did not attend the Beverly Hills gathering.

Those present denied having met Zuma, despite the existence of pictures showing them together inside the hotel, and outside when they left.

The meeting is believed to have discussed a fightback strategy that involved court action to challenge the outcome of last year’s ANC national conference at Nasrec, where Ramaphosa was elected president.