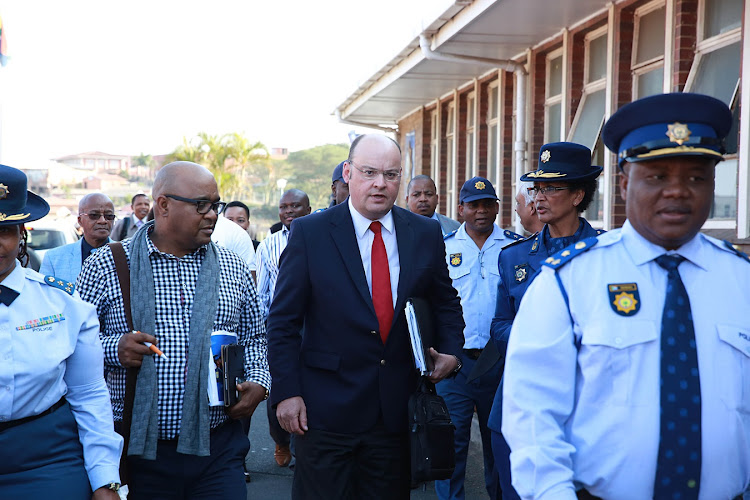 The concentration of crime in 30 key precincts demands increased police leadership in those areas‚ MPs say.

The portfolio committee on police has expressed its concern about the increasing murder rate in South Africa.

“It is unacceptable that the murder rate has been on an upward trajectory since the 2012/13 financial year. The increase of 6.9% year on year from the last financial year points to the ineffectiveness of interventions implemented by the South African Police Service (Saps). Significantly more targeted interventions must be implemented to reverse this worrying trend‚” said Francois Beukman‚ the chairperson of the committee.

The committee emphasised the need for a strategic intervention from Saps‚ not merely operational or tactical responses. The committee has recommended that Saps management strengthen cluster and station management‚ especially in the top 30 crime hot spots.

The committee said it had for a while now called for the reintroduction of specialised units.

MPs said: “It is high time that the Saps management urgently implement the National Development Plan recommendation on the National Police Board‚ as well as re-introduce specialised units trained to deal with specific crime.”

Beukman added: “The committee is of the view that the need for specialised units to deal with gang and taxi-related crimes is long overdue. Safety and security is one of the important pillars of an economically growing country that is able to create job opportunities for the people of the country.”

The committee reiterated its call for policing to move towards intelligence-led policing to deal with serious and violent crime. Also‚ the use of technology as an operational tool and force multiplier must be urgently considered‚ budgeted for and implemented.

#CrimeStats: This brings us close to a war zone - Bheki Cele

South Africa has recorded an increase in the number of reported serious crimes including murder‚ attempted murder and sexual offences.
News
2 years ago

When it comes to crime against children‚ more boys were murdered than girls in the last financial year in SA.
News
2 years ago

A total of 62 farm murders were reported in the past financial year in South Africa‚ according to the latest crime statistics released in Parliament ...
News
2 years ago