DD Mabuza does not ‘agree’ economy is in recession 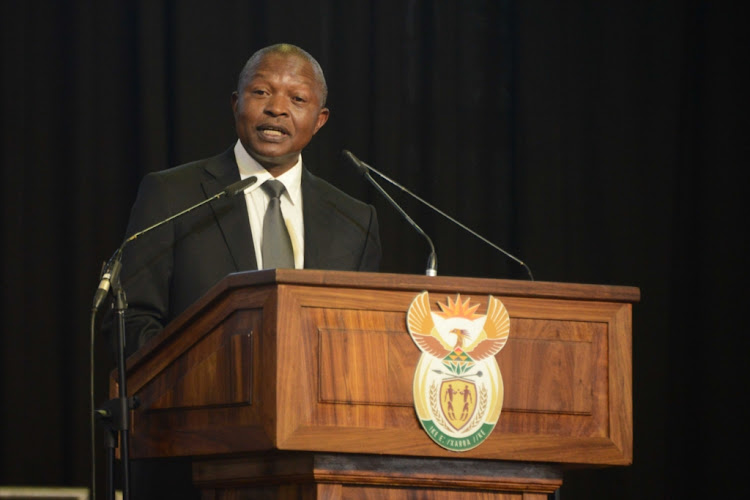 Deputy President David Mabuza does not "agree" that the economy is in a technical recession.

Mabuza made the assertion in the National Assembly during oral question time with MPs on Wednesday.

This is despite Stats SA reporting last week that the economy had entered its first technical recession in nine years after the Gross Domestic Product shrank by 0.7% in the second quarter of 2018. The GDP drop followed a revised fall of 2.6% in the first quarter of this year.

But the country's number two‚ who is also the former premier of Mpumalanga‚ has begged to differ‚ saying there had not been "a very comprehensive" assessment.

"As a country‚ we've noticed the current decline. I don't probably agree with those who are saying we are in technical recession‚" said Mabuza.

He said while the economy was refusing to grow‚ it had not entered a recession.

"I don't [agree] because we've not taken a very comprehensive picture. We're taking quarter by quarter statistics‚ we've not taken the overall statistics over a period. But I'm confident that as government we're going to reverse this tide and I am sure the president (Cyril Ramaphosa) will make a few announcements on how governments wants to intervene in this current situation because it's our responsibility to respond to this situation."

Mabuza also dismissed suggestions from opposition MPs from the DA and COPE that "irrational" policies such as land expropriation without compensation and the nationalisation of the SA Reserve Bank were to blame for the poor state of the economy.

"We're not intending to disrupt our agricultural production… I don't think we should be pessimists and run away from the facts we should address."

WATCH | Explainer: What does the recession mean for South Africa?

South Africa has plunged into a recession with a surprise 0.7% contraction in the second quarter of the year.
Business Times
3 years ago

February's Ramaphoria seems very far away after the price of an ordinary hotel room and a modest meal went through the roof in September.
Business Times
3 years ago