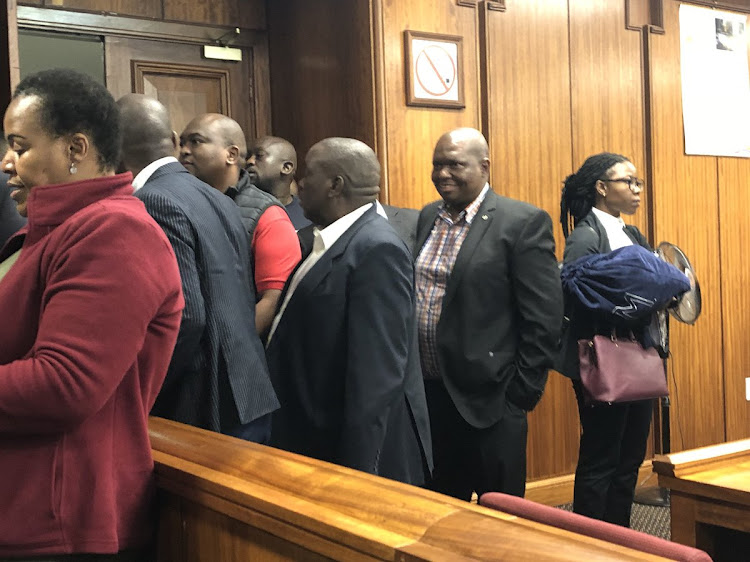 The public gallery in the Port Elizabeth High Court was packed with members of all parties involved on Thursday morning as the DA's legal team argued against the legality of a August 27 council meeting.

"For a meeting to be properly constituted‚ it means everyone must be given notice. The applicants did not receive notice of the meeting that took place later that day‚" Ronaasen said.

Huiseman said it was possible the consequences of the applicants walking out had resulted in what happened next. Ronaasen said that municipal manager Johann Mettler said the council meeting did not quorate and had reconvened the meeting for September 3.

The advocate stated that the MEC for cooperative governance and traditional affairs Fikile Xasa interfered in matters of council by sending the second respondent‚ Jenny Roestorff‚ to preside over the election of the speaker.

The court also debated whether Mbulelo Manyati was still a councillor at the time of the second meeting on August 27.

Ronaasen argued that Manyati had ceased to be a councillor after he had declared publicly and to the media that he no longer wanted to be a member of the DA.

Two DA ward councillors in Nelson Mandela Bay turned against their party on Friday to side with the new coalition government.
Politics
3 years ago

The National Treasury has stepped in amid the spat between Nelson Mandela Bay’s political bosses and the administration‚ demanding answers to alleged ...
Politics
3 years ago