Biko's widow honoured for her activism 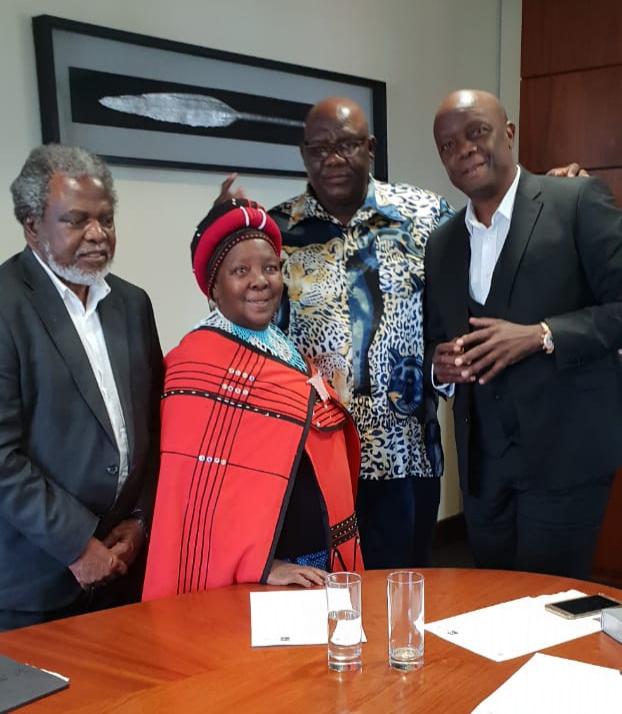 From left: Prof. Muxe Nkondo, Mam' Notsikelelo Biko, Chaiperson of NHC Dr Thulani Mbuli and CEO of NHC Adv. Sonwabile Mancotywa when Biko was being honoured for her role in community activism on September 20 2018
Image: Via Twitter/@NHCSouthAfrica

The widow of the late Black Consciousness Movement activist Steve Biko‚ Mama Nontsikelelo Biko‚ was on Wednesday honoured for her role in community activism by the National Heritage Council (NHC).

The NHC leadership descended on the small township of Ginsberg in King William's Town in the Eastern Cape to hand over an Ubuntu Honour for her values and role she has played in preserving the legacy and heritage of Biko.

The award was initially announced on September 14 at the council's Golden Shield Awards in Kimberley.

Speaking at the handing over ceremony at the Steve Biko Centre in Ginsberg‚ Mama Biko's eldest son‚ Nkosinathi Biko‚ said that after the death of his father‚ his mother played a huge role in his life.

“When I came out of initiation school‚ I wished that my father was around to experience the ceremony‚ but my mother was there for me. She slaughtered 32 sheep and it was a great ceremony. One thing she has taught us is that we must be comfortable in our skin‚” Nkosinathi said.

NHC chief executive officer Sonwabile Mancotywa said the award was not given to just anyone‚ it was a special award given to special people.

The City of Johannesburg is to confer the freedom of the city posthumously on the late struggle icon Mama Nomzamo Winnie Madikizela Mandela.
Politics
3 years ago

Ill-health prevented music legend Johnny Clegg from personally accepting an honorary doctorate degree from the Durban University of Technology on ...
News
3 years ago

Veteran jazz musician Letta Mbulu is honoured that her home in Soweto is being named a heritage site.
TshisaLIVE
3 years ago