IFP on Ziba Jiyane: No one joins the party on Facebook 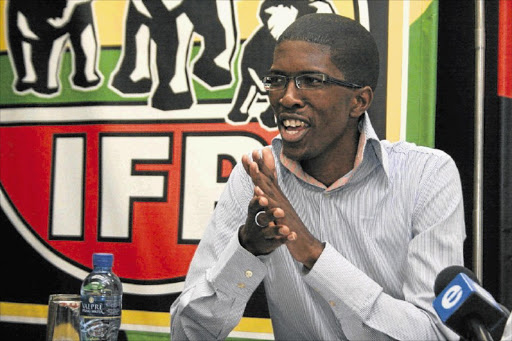 IFP MP and national spokesman Mkhuleko Hlengwa said the party had heard that Ziba Jiyane had claimed he had rejoined the IFP.
Image: Sunday Times

Now he has gone back to the Inkatha Freedom Party (IFP) — the party he left after a public feud with its leader Mangosuthu Buthelezi over its direction in 2005.

Jiyane confirmed on his Facebook status on Sunday that he had rejoined the IFP.

Responding to a question from Sifiso Shabalala on whether it was true that he had returned to the IFP‚ Jiyane said: “It’s true Mshengu‚ as uMntwana [Prince Mangosuthu Buthelezi] said the ANC has many homes‚ one of them was built by him‚ but he was building his father Luthuli’s home.”

Jiyane was referring to the late former ANC president Chief Albert Luthuli who enjoyed a good relationship with Buthelezi.

He didn't respond to queries from TimesLIVE about which branch he had joined and when‚ and what role he intended to serve in the party.

IFP MP and national spokesman Mkhuleko Hlengwa said the party had heard that Jiyane had claimed he had rejoined the IFP. "When we secure the monthly reports from branches and when his name is there it will be duly noted. Nobody joins the party on Facebook. If it's true‚ Dr Jiyane will associate himself with the nearest branch as the party constitution requires."

Nobody joins the party on Facebook. If it's true‚ Dr Jiyane will associate himself with the nearest branch as the party constitution requires.

However‚ Hlengwa said before rejoining the IFP Jiyane would have to explain the circumstances under which he had left the party.

"Circumstances under which he left are still uncleared. So as a political courtesy‚ he owes the party‚ himself and South Africa an explanation. And it would do himself a favour to do so."

Hlengwa also made it clear that Jiyane would not be given any special treatment but would have to follow party procedures like any other person who wanted to join the IFP.

In January this year the embattled NFP‚ led by its ailing founder Zanele kaMagwaza-Msibi‚ issued a statement‚ saying Jiyane would be unveiled as a new member which would have become the former IFP national chairman’s seventh political home in as many years after the failure of his National Democratic Convention (Nadeco).

But this was quickly dismissed by those close to Jiyane as untrue and the supposed move did not materialise.

Jiyane formed Nadeco‚ which was mainly made up of IFP dissidents‚ after a public spat with Buthelezi over the direction of the party. Before joining the IFP‚ he was a member of the Pan Africanist Congress.

Minister Susan Shabangu‚ whose portfolio represents the administration of grants to South Africa's poor‚ is serving up comestibles with crockery and ...
Politics
3 years ago

The IFP’s splinter party exploded onto the national political scene in 2005 after it scooped eight parliamentary seats‚ five in the National Assembly and four in the KZN provincial legislature‚ without a single vote being cast — thanks to Jiyane’s skillful use of the floor-crossing window period.

But two years later Jiyane was ousted from his own party by former SABC boss Hawu Mbatha after a protracted legal dispute. Jiyane then formed the Federal Congress of South Africa‚ which later changed its name to the South African Democratic Congress (Sadeco).

Like Nadeco‚ which faded into political oblivion after losing all its national and provincial seats in the 2009 general election‚ Sadeco never took off.

After Sadeco’s failure Jiyane threw his lot in with the DA in 2011 in a bid to become the party’s leader in KZN. He challenged then DA provincial leader Sizwe Mchunu during the party’s provincial congress a year later but lost.

Thereafter he went into the political wilderness for a while before joining the ANC in his home town of the Musa Dlala region in northern KZN. Jiyane was suspended by the IFP in July 2005 after his remarks that the party was operating as “an internal dictatorship” and that he was eyeing the leadership of the party. He later resigned from the IFP.

Mangosuthu Gatsha Buthelezi announced his retirement as president of the Inkatha Freedom Party (IFP) in late October 2017.
Politics
3 years ago

A month earlier‚ Jiyane had issued a statement in his capacity as IFP national chairperson rubbishing “unrelenting media speculation that I aspire to lead the IFP” and unequivocally expressing his full support of Buthelezi’s leadership.

After Jiyane’s resignation which was followed by that of four other IFP members of parliament - who joined him at Nadeco after crossing the floor - the then IFP spokesperson‚ Musa Zondi‚ said his party did not regret the departure of the “four crosstitutes” because they were not “leaders of substance rooted in any significant constituencies within the IFP”.

Zondi‚ the former IFP national chairman who was touted to take over from Buthelezi as party leader‚ left the IFP in 2011 to devote his “waning energies to my family which in the hurly-burly of politics usually takes a strain”.