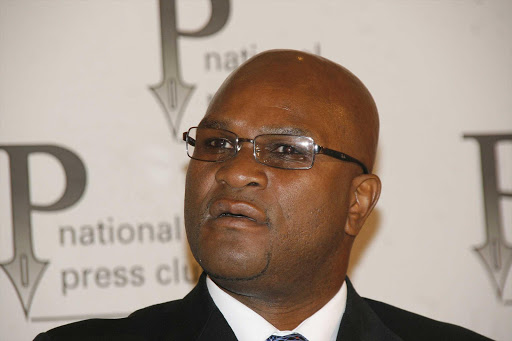 Arts and culture minister Nathi Mthethwa is on Wednesday expected to mark the 82nd birthday of struggle icon Winnie Madikizela-Mandela by visiting the Brandfort home in the Free State to which she was banished by the apartheid government.

In a statement released ahead of Mthethwa's visit‚ his office reaffirmed government's commitment to restoring the house in Brandfort in the Free State‚ which was declared a national heritage site.

Mthethwa was expected to give an update on the development of the site and unveil an artistic impression of the planned project. "The Department of Arts and Culture (DAC) appointed Risimati Consulting Engineers (Pty) Ltd‚ as the new Implementing Agent on 21 November 2017. Risimati Consulting Engineers developed a detailed Project Implementation Plan (PIP) and a revised design which focuses on the restoration of the dwelling house and bombed clinic‚ converting them to interpretative spaces; and the construction of a multi-purpose centre with an internet hub and Wi-Fi facilities‚" Mthethwa's office said.

Madikizela-Mandela died at the Milpark Hospital in April after a lengthy illness.

The City of Johannesburg is to confer the freedom of the city posthumously on the late struggle icon Mama Nomzamo Winnie Madikizela Mandela.
Politics
3 years ago

The former struggle stalwart had lived in Brandfort between 1977 and 1986 while her husband‚ Nelson Mandela‚ was incarcerated.

Promises to restore the house had been made by government several years ago‚ with millions being invested in the project. However‚ when Madikizela-Mandela died five months ago‚ the house was in a bad state‚ with dilapidated walls‚ peeling paint and broken windows.

In February‚ a poorly attended meeting between the Select Committee on Recreation and Education‚ the Department of Arts and Culture‚ Lejweleputswa District Municipality and the Masilonyana Local Municipality agreed that a multi-million rand refurbishment project would start on April 1 and be completed by October 2019.

The minutes of the meeting were posted on the Parliamentary Monitoring Group website. But the project has been marred by allegations of corruption.

"R3 million had been made available for the implementation of the project. A number of challenges had arisen‚ including non-payment of the contractor and poor project management‚ and work had not progressed. However‚ the Director-General stated that the project was back on track and that the Department of Arts and Culture was taking responsibility for the renovations‚" read minutes of the meeting.

The standing committee on public accounts (Scopa) was to be tasked with investigating alleged corruption that had delayed the project and "money that could not be accounted for."

Winnie Madikizela-Mandela statue on the cards

Late struggle stalwart Winnie Madikizela-Mandela insisted that if a statue were to be erected in her honour‚ it would have to be in Soweto and not ...
News
3 years ago

Following Madikizela-Mandela's death‚ ANC Secretary-General Ace Magashule‚ who is the former premier of the Free State‚ denied allegations surrounding the establishment of a museum.

"The family clearly knows and we know that there hasn't been any money (lost) … That museum in Brandfort will definitely happen. There is no government money which has been lost anywhere. The family is on board from 2007‚ so what the media is saying is something else which we do not know‚" said Magashule.

In an interview with television host Felicia Mabuza-Suttle several years ago‚ Madikizela-Mandela said her years of banishment in Brandfort were among the worst she endured during the struggle.

"There were so many [bad moments]. Those were very difficult times. Perhaps a person like myself would single out the banishment to Brandfort. The separation from my children and what the security branch did almost every time my children were coming back from boarding school‚" Madikizela-Mandela said‚ listing her moments of turmoil.

The City of Johannesburg on Tuesday honoured Madikizela-Mandela by conferring the Freedom of the City to her‚ with Mayor Herman Mashaba saying the honour was long overdue.