State mum on whether Ramaphosa complained about k-word racist 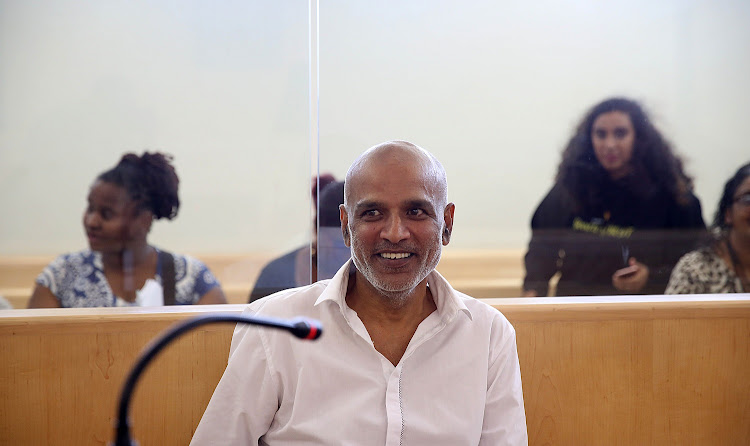 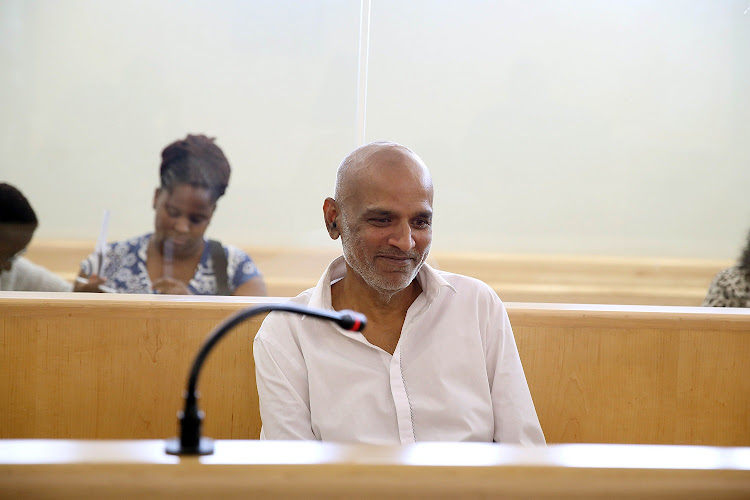 The state has refused to divulge whether President Cyril Ramaphosa has submitted a statement against former Durban councillor Kessie Nair‚ who called him the k-word in a video that went viral on social media.

During a short adjournment at the Verulam Magistrate's Court, #kessienair from the dock is going on camera via journalists to apologize to President Cyril Ramaphosa and the country for calling him the k-word. He is asking for forgiveness. @TimesLIVE @SundayTimesZA @yasantha

Prosecutor Sam Bhartu told the Verulam Magistrate's Court on Wednesday that the investigation was at an early stage therefore she would not address the defence's question on whether Ramaphosa filed a statement.

During Nair's second court appearance his lawyer Chris Gounden questioned how there could be a charge of crimen injuria against his client when there was no statement filed by the complainant. The complainant is listed as Ramaphosa.

The district surgeon has found that #kessienair does not display any signs of mental illness but is delusional. The state wants him to be sent for mental observation for 28 days. The defence has objected. @TimesLIVE @SundayTimesZA @yasantha

He told the court that he knew for a fact that Ramaphosa had not filed any statement against Nair.

Nair - who served six years in prison for corruption and claims to have once been a member of the notorious 26s prison gang - has been charged with seven counts of crimen injuria and two counts of incitement for his widely circulated racist rant on video and social media posts.

In the video he calls for Ramaphosa to be charged for defrauding the nation‚ for oppressing the nation‚ for high treason‚ for "being the source [of] all crime and violence and poor healthcare and poverty in this so-called true democracy”.

In a written post‚ Nair says: “Let me go down in history‚ becoming the first and last man to called (sic) the number one citizen‚ the state president” the k-word.

Nair intended to apply for bail on Wednesday. However the state brought an application for him to be sent for mental observation at the Fort Napier hospital for 28 days.

Bhartu told the court that the district surgeon who had assessed Nair shortly after his arrest recommended that he be sent for mental observation.

Dr Shikar Bhagwandeen said in his affadivit that Nair did not display signs of mental illness but that he was delusional. He said the video was not preconceived and during his assessment‚ Nair acknowledged that it was inappropriate.

#kessienair and attorney Chris Gounden discuss the state's request for him to be sent for a mental observation. The state says his brother and ex-wife claim he has "mental issues". Gounden says the state has no jurisdiction and that Nair is fine. @TimesLIVE @SundayTimesZA pic.twitter.com/um2ow2gRpw

Bhartu then read out a statement by Nair's ex-wife Visanthi‚ who said that he was not racist but had "serious mental issues". "It's not in his character‚" she said.

She said that since his release from prison in 2009‚ family members had begged Nair to seek counseling as he was withdrawn and would sometimes "shut down completely".

In August this year Nair had a pacemaker inserted and he was put on the transplant list following a heart attack. Visanthi Nair said doctors had advised her ex-husband that a transplant was the only hope for him. Shortly afterwards he started sending strange messages to family members via WhatsApp.

Gounden objected to the affadivit‚ saying it had not been proved and asked the court to call Visanthi to be cross-examined. She is in Johannesburg and therefore could not testify in Verulam on Wednesday.

Nair's two brothers are expected to take the stand on Wednesday afternoon to testify in support of the state's application.

Gounden maintains that his client is not mentally unstable.

Kessie Nair, the former Durban councillor and ex-convict who posted a video of himself calling President Cyril Ramaphosa the k-word, does not want to ...
News
1 year ago

Convicted fraudster and former local councillor Kessie Nair is expected to appear in court on Thursday‚ following a racist social media rant he made ...
News
1 year ago

'We will do our best to make amends' - Kessie Nair family

The family of a Durban man who gained social media infamy for calling President Cyril Ramaphosa the k-word has distanced itself from the his remarks.
News
1 year ago

What to do with a problem like racism? – Kathrada Foundation weighs in

Should racists be isolated from society or forced to do community service to atone for their destructive behaviour?
News
1 year ago