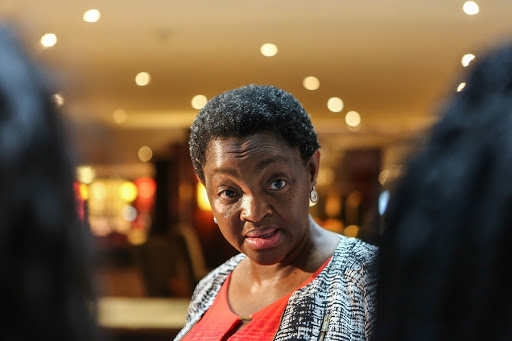 Former minister of social development Bathabile Dlamini might not have enough money to pay legal fees a court has ordered her to pay.

Rapport reported on Sunday that Dlamini’s share portfolio of R21‚081 and home in Pietermaritzburg might be insufficient to cover legal costs the Constitutional Court ordered her to pay this week.

The court ruled on Thursday Dlamini has to pay 20% of the legal costs of the Black Sash Trust and Freedom Under Law‚ including costs of two counsels‚ incurred in the social grants debacle.

Dlamini was the social development minister at the time of the debacle‚ and is now the minister in the presidency responsible for women.

According to Parliament’s register of interests‚ Dlamini declared her home in Pietermaritzburg‚ various share portfolios‚ including in Telkom and Vodacom‚ and an investment at Sanlam.

If Dlamini’s assets are insufficient to cover her debt she could be declared insolvent and lose her job‚ Rapport said. According to Section 47 of the Constitution‚ “unrehabilitated insolvents” may not be a member of the National Assembly.

The final amount Dlamini has to pay is not yet known.

The court also ordered that the National Director of Public Prosecutions (NDPP) decide on whether she should be prosecuted and charged with perjury for lying under oath.

Dlamini was found to have lied to the court about hiring work streams to deal with the grants crisis that reported directly to her.

The Ahmed Kathrada Foundation has joined the call for the dismissal of former social development minister Bathabile Dlamini.
News
3 years ago