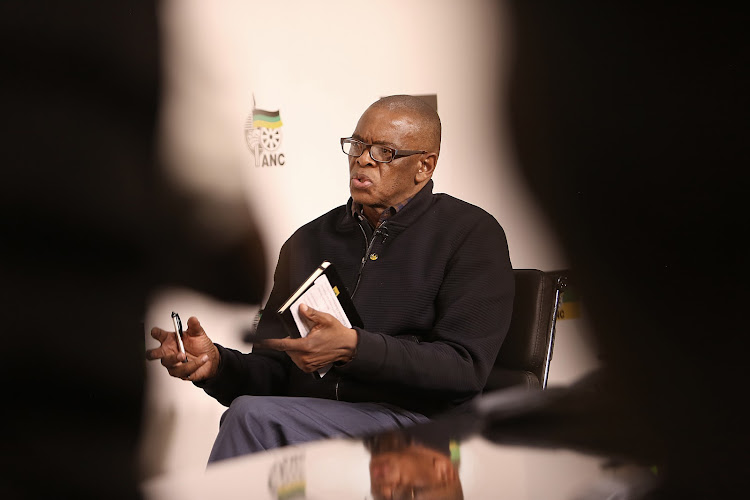 ANC secretary-general Ace Magashule said he was working with party president Cyril Ramaphosa to unify warring factions in the organisation.

Magashule was speaking at a media briefing on the outcomes of the party's National Executive Committee (NEC) meeting at the weekend.

Magashule said working under Ramaphosa had been a "pleasure" – this despite recent revelations in the Sunday Times‚ which reported that former president Jacob Zuma had held a clandestine meeting with staunch backers‚ including Magashule and former North West premier Supra Mahumapelo‚ at the Maharani hotel in Durban. The meeting was alleged to have discussed a plot to oust Ramaphosa.

What followed were a series of public spats where‚ without mentioning names‚ both Ramaphosa and Magashule appeared to take aim at one another. Magashule's comments came days after Ramaphosa‚ speaking at Cosatu's national conference‚ said leaders "should not spend time on counter-revolutionary machinations of weakening this African National Congress where either in dark corners or whoever".

Answering questions from the media at the briefing on Monday‚ Magashule said the NEC meeting had mainly focused on unity in the organisation.

Powerful pro-Zuma figures have been accused of using their positions to ensure an ally of theirs becomes the next president of the ANC Youth League.
News
3 years ago

President Cyril Ramaphosa has taken a swipe at ANC secretary-general Ace Magashule over rumours of his involvement in meetings to plot the ...
Politics
3 years ago

"The NEC in the main had occupied itself with the unity of the organisation and the challenges facing South Africans. Those were the issues which really preoccupied the NEC including the issues of the job summit and the economic recovery plan.

“The ANC is able to deal with its own problems and challenges. Whatever issues that are supposed to be dealt with‚ officials will deal with them. Between me and [Ramaphosa]‚ we are working together‚ we are united‚ we are not focusing on rumours and perceptions‚" he said.

Magashule added: "Me and [Ramaphosa]‚ we won’t allow any wedge-drivers to come in-between us. We will stay focused and we are going to work together. Ramaphosa is the leader of the ANC and therefore serving under him as SG has always been a pleasure."

He announced that the ANC would also make a submission to the judicial commission of inquiry into state capture in response to allegations made by members of the banking sector that senior party members had pressured them after they closed accounts linked to the Gupta family.

Executives of banks like Absa‚ Nedbank and First National Bank testified at the commission of inquiry into state capture last month and implicated ANC national chairperson Gwede Mantashe and economic sub-committee chairman Enoch Godongwana. They said the pair had summoned them to separate meetings at Luthuli House demanding answers as to why the bank accounts had been closed.

Under fire ANC secretary-general Ace Magashule says he wants to testify before the Zondo Commission of Inquiry into state capture.
Politics
3 years ago

Ace Magashule expected to get dressing down about secret Zuma meetings

ANC secretary-general Ace Magashule’s version of what took place in two clandestine meetings in Durban last week has been contradicted by ...
News
3 years ago

So this was the ANC's Ace candidate? It beggars belief

What did the ANC think would happen when it elected one of the principal enablers of state capture to run the organisation?
Ideas
3 years ago