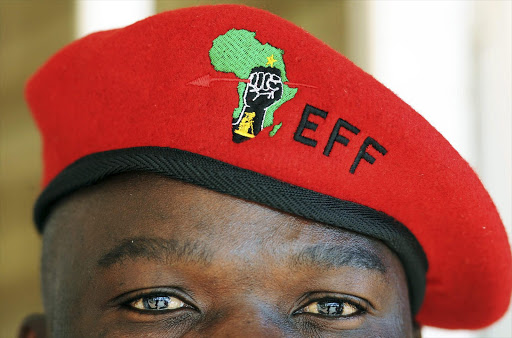 The Economic Freedom Fighters Students Command at the University of KwaZulu-Natal’s Howard College branch have raised an objection with the electoral commission about the student representative council election outcome at the campus.

Singabenkosi Ngubane‚ the branch deputy secretary of the EFF Students Command‚ said on Monday 3‚368 students voted during the elections held on Thursday and Friday.

Ngubane said there were only 32 spoilt ballots. But she said that when the results were released‚ they did not tally up correctly with the number of students who voted.

She cited the case of the vote for the SRC chairperson‚ where the EFF obtained 1‚518 votes‚ the Society of Political Science Students obtained 101 votes and the South African Students Congress (Sasco) obtained 1‚659 votes.

Ngubane said this amounted to 3‚278 votes‚ instead of the expected 3‚336 votes. This left about 90 ballots unaccounted for.

She said the position for the local SRC secretary‚ which the EFF also lost to Sasco‚ showed that 3‚268 votes were counted and accounted for‚ instead of the expected 3‚326 valid ballots that were cast.

“So our question is: where are the ballots that are missing? We are staggered because those missing votes are the voices of students. We are not insinuating that we won but we are requesting to know what happened to the students’ voices‚” Ngubane said.

She said the EFFSC at the campus had lodged an objection with the electoral commission‚ headed by the students government and leadership development manager Mzomuhle Mhlongo.

The party had also written to the university council and the vice chancellor‚ but had not yet received a response.

“We are requesting the Elections Commission to account for the missing ballots as they represent the voice of students and for democratic centralism to prevail there must be accountability‚” she said.