Did the EFF get cash in the VBS Mutual Bank scandal? 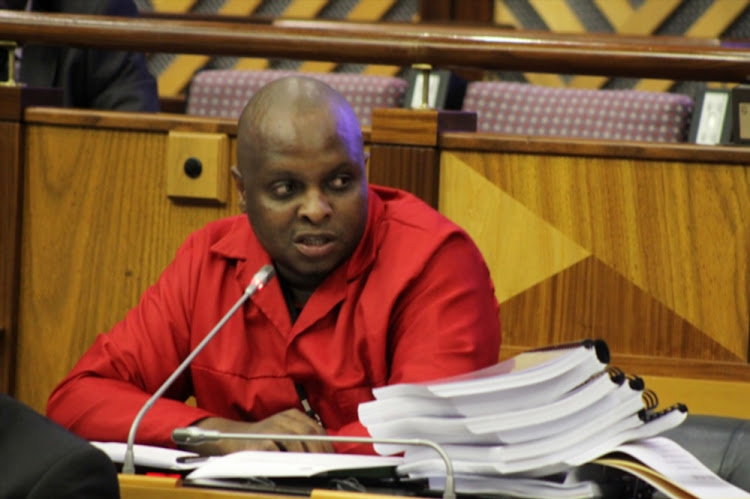 Did the EFF benefit directly from the VBS Mutual Bank scandal?

The red berets have not responded to questions on whether the party or deputy president Floyd Shivambu had benefited from the bank heist‚ BusinessLIVE reported on Thursday.

But a report by the Daily Maverick suggested on Thursday that the party had allegedly received R1.3m.

Evidence of the payments was contained in bank statements being kept under “lockdown”. The report said that these statements were not included in a damning report into VBS‚ commissioned by the Reserve Bank and released on Wednesday‚ because the investigators’ mandate related specifically to VBS. No further details about the alleged money trail were revealed.

Floyd Shivambu‚ EFF leader Julius Malema and the party were not directly implicated in the report commissioned by the Reserve Bank.

Shivambu refuses to answer questions over his brother’s VBS payments

EFF deputy president Floyd Shivambu has refused to answer any questions about his brother’s alleged involvement in the R2bn looting of VBS Mutual ...
News
3 years ago

The Economic Freedom Fighters says assets obtained through the looting of VBS Mutual Bank should be seized and those implicated should be brought to ...
Politics
3 years ago

The EFF said in a statement late on Wednesday – which did not mention Shivambu – that assets obtained through the looting of VBS Mutual Bank should be seized and those implicated should be brought to court.

"The EFF reiterates its position that all who are responsible and illegally benefited from the fraud must be criminally prosecuted immediately. As we have previously indicated‚ we also reiterate that they must be blacklisted. Above all‚ the law enforcement agency must do all they can to ensure that all the money that can be recovered must be paid back in full‚ including attaching properties of the individuals who benefited from the defrauding of VBS‚" said party spokesperson Mbuyiseni Ndlozi.

The VBS report found that Brian Shivambu had received more than R16m in “gratuitous payments” from the bank.

EFF national chairperson Dali Mpofu appeared to come to the defence of Floyd Shivambu when he posted on Twitter: “In the ignorant Republic of The Mob you can be charged for the deeds of your relatives.” He was responding to a question about whether Shivambu could be charged for his brother’s alleged crimes.

The explosive findings of a damning report into the failure of VBS Mutual Bank reveals how its architects and accomplices stole a bank. Business Day’s Warren Thompson explains what is happening at the bank.

In December 2017 the Vhembe District municipality mayor was pleading for a “Christmas” for her and the speaker of the municipality as they were the ...
News
3 years ago

Until recently‚ the only thing that would have probably kept VhaVenda King Toni Mphephu Ramabulana awake at night was the looming Supreme Court of ...
Business Times
3 years ago

The DA will lay charges against 50 people who allegedly siphoned billions from VBS Mutual Bank on Thursday.
Politics
3 years ago