Salary bill could cause government to run out of money for basic services, Mboweni warns 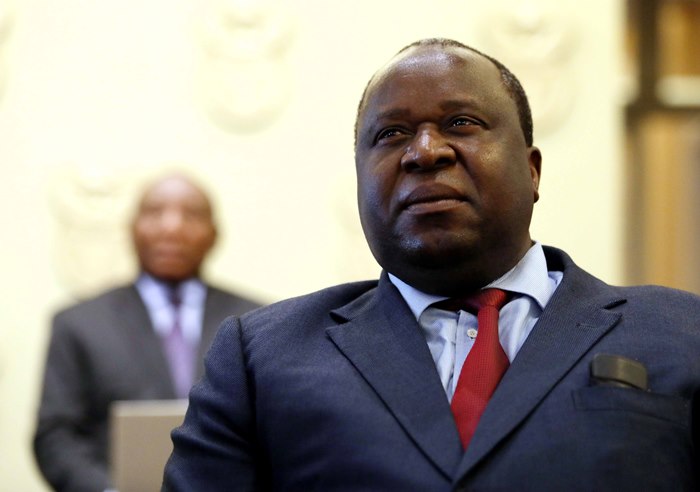 Finance minister Tito Mboweni has said the public sector wage bill has become a serious drain on the public purse, with R8 out of every R10 spend by government going to salaries of civil servants.

And Mboweni warned this could have serious repercussions on government's ability to provide basic and essential services such as health care, education and policing.

Mboweni made the remarks while delivering the annual Professor Kader Asmal memorial lecture hosted by the Gaby Shapiro branch of the ANC in Mowbray, Cape Town, on Saturday.

Asmal was an ANC anti-apartheid activist who went to serve as water affairs minister and later as education minister before he passed in 2011.

Mboweni said the ANC was well aware of the governance challenges being facing amid a gloomy economic outlook. He said that if the ANC-led government was "better organised" it would not be spending the bulk of its revenue of public sector salaries.

Earlier in the year, national treasury documents showed that government was spending at least R587bn on salaries of civil servants.

Mboweni hinted that would be one of the issues he would address in his maiden Medium Term Budget Policy Statement, which he was due to deliver on Wednesday.

"Strategically speaking, if we were better organised, we should be making sure that we do not have a situation where eight out of every ten rand goes to salaries and wages in the public sector," said Mboweni.

"Because if eight out of every ten rand goes to salaries in the public  service, you are left with R2 for other services - to fix a hospital, a clinic. They say don't talk about this wage bill because Cosatu is going to get angry.

"I said but I didn't say anything, all I said was, mathematically, it does not make sense if eight out of every ten rand goes to salaries and you still demand services on the other hand. Where is the money going to come from for services? And I think that's how he should think about these things and be in a position to debate robustly about what we need to do. I think that's what Kader Asmal would have wanted to do."

Mboweni said the issue of state capture was one of the greatest "public sector heists that we have experienced”.

"State capture is nothing but a heist. Those who participated in this heist are dishonourable."