Patricia de Lille takes aim at her enemies‚ but is it her last hurrah? 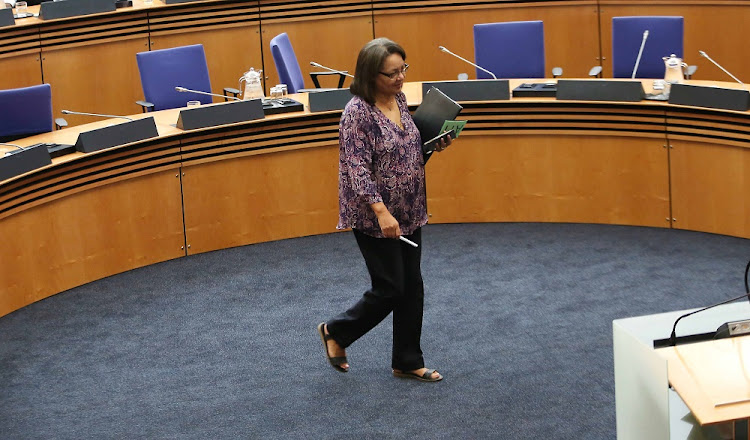 Patricia de Lille pulled no punches on Thursday‚ telling her last meeting of Cape Town city council as mayor that she would lay criminal charges against those smearing her name.

She said it was “grossly malicious” and a breach of council rules that documents‚ including a 2‚000-page report from a forensic investigation which recommends criminal action against her‚ had been leaked.

Addressing a meeting of the council where the Bowman Gilfillan report was due to be tabled behind closed doors‚ De Lille said the leaks constituted a clear attempt to “destroy my good name” when her support from communities spoke for itself.

Regarding the law firm’s report‚ she said: “I said from day one I would support it and give my full co-operation.”

She added that despite “factual errors” she had pointed out in response to the first Bowmans report in January‚ she continued to co-operate.

Patricia de Lille is keeping Capetonians waiting to find out if she will withdraw her resignation.
Politics
3 years ago

Individuals had also spread fake news about her‚ pretending they were quoting the auditor general. “I will lay criminal charges against those spreading them‚” she said‚ adding that another report which cleared her name regarding security upgrades to her house was not one those bullying her would leak to the media.

“They must apologise or I will take legal action. The issue of upgrades to my house tainted my name and invaded my privacy‚” she said.

She said she was also cleared of interfering with appointments of area-based directors. Her speech was meet with cheers from some and jeers from others.

There have been reports that De Lille will retract her resignation as mayor‚ which is due to take effect on October 31‚ after the tabling of the Bowmans report.

Councillor Grant Haskin asked her on Thursday: “Will you be upholding your resignation or retracting it?”

De Lille replied: “You are not my shop steward and it is none of your business.”