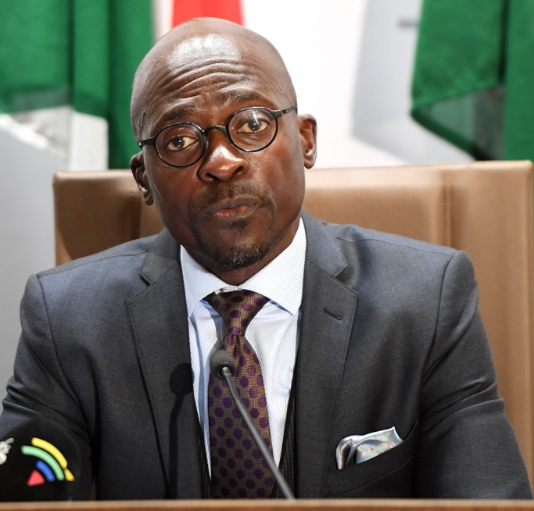 The court ordered that Home Affairs minister Malusi Gigaba's application for condonation be granted but dismissed the application for leave to appeal with costs.
Image: Gallo Images/Netwerk24/Deaan Vivier

The Constitutional Court has dismissed home affairs minister Malusi Gigaba's application for leave to appeal against a lower court ruling that he lied under oath in the Fireblade case.

The Constitutional Court has dismissed Minister Malusi Gigaba’s application for leave to appeal lower courts rulings that he lied under oath in the Fireblade case. The application is dismissed with costs! pic.twitter.com/cZBN33G8vK

It has been one hell of a week for the home affairs minister. It started with the leaking of a sex tape he made for his and his wife's eyes.

Billionaire businessman Nicky Oppenheimer and ANC politician-turned-businessman Manne Dipico then told Parliament that Gigaba had lied to the institution when he insisted that he never gave the company approval to operate a private terminal at OR Tambo International Airport.

On Wednesday Public Protector Busisiwe Mkhwebane agreed with the courts that Gigaba had lied under oath about approving the Oppenheimer's facility at the airport.

Fireblade Aviation said it was pleased that the Constitutional Court had dismissed Gigaba’s application for leave to appeal. This follows three separate rulings by the Pretoria High Court‚ a full bench of that court‚ and the Supreme Court‚ which have all found in Fireblade’s favour.

"With this decision‚ these legal proceedings have now concluded. We are satisfied with the result and the manner in which the legal process has culminated in a just and fair outcome‚" said the company in a statement.

One of Africa's richest men‚ Nicky Oppenheimer‚ who is also the chairperson of Fireblade Aviation‚ and former ANC politician-turned-businessman Manne ...
Politics
2 years ago

It all started on Sunday when Gigaba tweeted that a video containing sexual content was stolen from his phone...
News
2 years ago

Oppenheimers to explain private terminal agreement at OR Tambo International

Billionaire businessman Nicky Oppenheimer and his son‚ Jonathan‚ have been summoned to appear in parliament on Tuesday to explain how their company ...
News
2 years ago

Gigaba says tape of ‘sexual nature’ used to blackmail him

Home affairs minister Malusi Gigaba revealed on Sunday that a video of a sexual nature was stolen when his phone got hacked during 2016 and 2017 and ...
Politics
2 years ago
Next Article