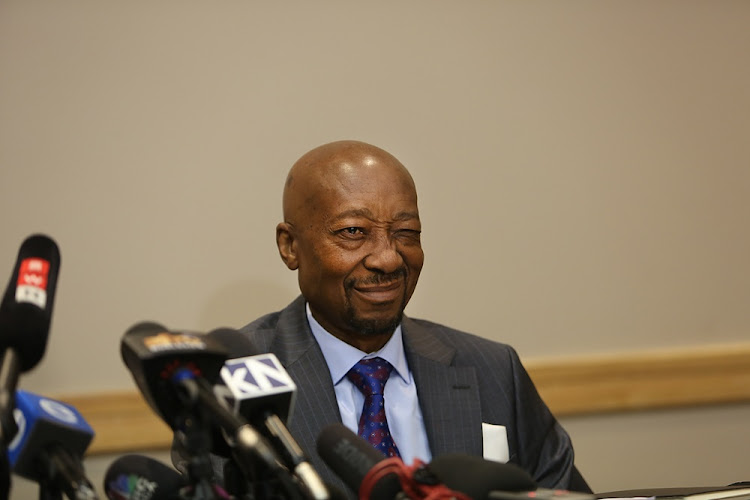 Former South African Revenue Service (Sars) commissioner Tom Moyane‚ a day after being dismissed from the post‚ is accusing President Cyril Ramaphosa of committing violations against the constitution and of pre-empting legal processes that are underway.

Ramaphosa's office said on Thursday evening that he had accepted the recommendation of the Sars commission of inquiry's chair‚ retired judge Robert Nugent‚ to axe Moyane‚ and had served him with a notice of termination of employment on Thursday.

Business Day reported that Moyane was suspended in March after a string of controversies around his running of Sars‚ including a R50-billion hole in revenue collection in 2017 and a decline in taxpayer compliance under his watch.

In response‚ Moyane's lawyer Eric Mabuza said late on Thursday night that they are waiting for Ramaphosa to file his reply to Moyane's Constitutional Court challenge of the Nugent inquiry on Friday before responding to the president's decision to terminate Moyane's employment contract.

"This matter is inextricably linked with the ongoing Constitutional Court application‚ in which among other things the lawfulness of the establishment of the Sars Commission‚ the conduct of Mr Nugent and the appointment of [commission advisor] Mr Katz are just some of the issues which are currently before the Constitutional Court‚" said Mabuza.

"Friday November 2 2018 is the deadline for President Ramaphosa‚ Mr Nugent and others to file their answering affidavits. Once these are received‚ we will convene a consultation with Commissioner Moyane to decide on the next steps in dealing with all the relevant violations of the constitution by President Ramaphosa and his appointees‚ and related ongoing and contemplated litigation."

In June‚ Moyane’s attorney raised concerns about the presence of Professor Michael Katz on the commission of inquiry into SARS‚ "given his conflicted status as the personal and business legal representative" of the president. This was dismissed by Nugent‚ in part because he had appointed his own team for the inquiry - he was the only member appointed directly by Ramaphosa.

Advocate Dali Mpofu has taken on many high profile cases. From politicians to fugitives. Here are five times public figures had Mpofu on speed dial.
News
3 years ago

Suspended SA Revenue Service (Sars) commissioner Tom Moyane had the tax agency pay a law firm R120‚000 to read a book in order to determine whether ...
News
3 years ago

The budget in a nutshell: Slower growth and more debt