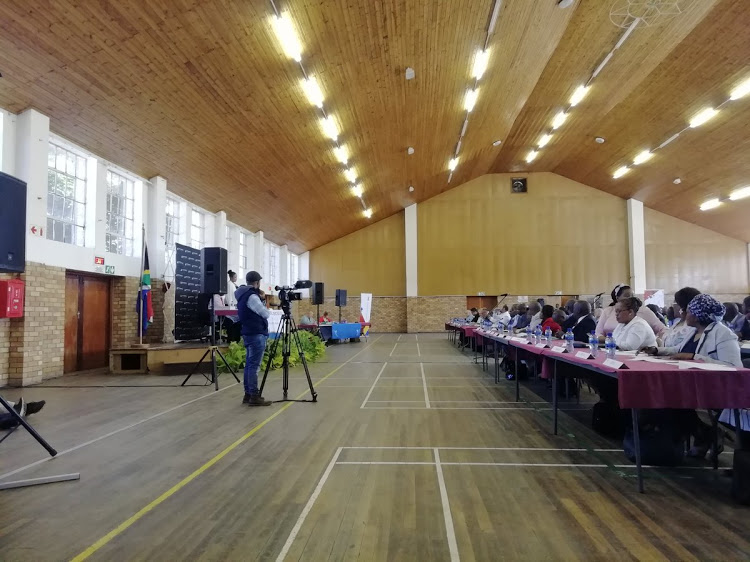 A special council meeting in Nelson Mandela Bay started off on Friday with points of order‚ clashes between DA supporters and metro police‚ squabbles over seating arrangements and several adjournments.

The council is to deal with a motion of exigency to be tabled by ACDP and Cope against mayor Mongameli Bobani‚ calling for him to be removed from office after allegations in a Hawks affidavit that he was paid about R664‚000 by Heerkos Projects‚ a company accused of siphoning money meant for the Integrated Public Transport System (IPTS).

The council will also debate allegations of misconduct against city manager Johann Mettler as well as the appointment of an acting city manager.

Mettler is currently on precautionary suspension. Despite announcing he would attend Friday's meeting Mettler did not turn up.

The acting city manager Noxolo Nqwazi said in a letter to his attorney that the 30 days in which to investigate the claims against him only came into effect after an investigator was appointed.

She wrote that Bobani appointed an investigator on October 4 and the 30-day period thus ends on November 3 and not October 28 as Mettler believed.

Mettler’s attorney Chris Unwin responded that Nqwazi did not take into account Bobani’s notice of precautionary suspension which stated that “the investigation would be concluded within 30 days from the date (28 September 2018)”.

Mayor Mongameli Bobani will face a fresh attempt to remove him from office at Friday’s Nelson Mandela Bay council meeting.
Politics
2 years ago

A bombshell affidavit of a Hawks investigator details how hundreds of thousands of rands were paid into the account of Nelson Mandela Bay mayor ...
Politics
2 years ago

Unwin also raised concerns about the fact that Bobani appointed the investigator‚ saying there was a clear conflict of interest as he was the one who brought the allegations of misconduct against the city boss.

Meanwhile at Friday’s special council meeting‚ DA councillors led by Nqaba Bhanga nearly came to blows with the metro police when they demanded that a group of DA supporters be allowed into the hall.

The group arrived early at the venue carrying placards which read "Bobani‚ pay back the money".

In the short meeting‚ Bhanga argued that it was peculiar that Bobani had nothing to say to residents after The Herald earlier this week reported on why the Hawks swooped on Bobani last month.

"How can it be that councillor Bobani has nothing to say to the residents?" Bhanga said.

Council speaker Buyelwa Mafaya‚ however‚ said several mayors before had chosen to not give statements in the council.

Bhanga further raised questions around seating arrangements and questioned why councillors Trevor Louw and Neville Higgins were seated among the DA. But Mafaya said she had not been notified of a vacancy in the DA caucus.

Council adjourned for 30 minutes before the councillors moved on to debate on the confidential matters.