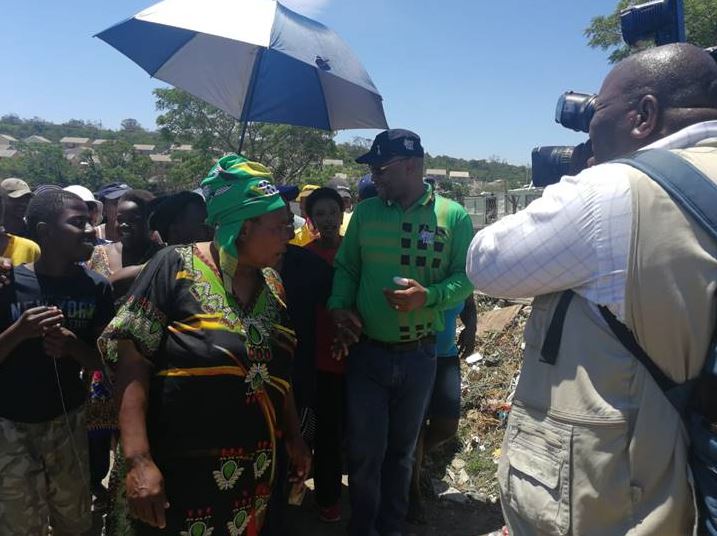 ANC National Executive Committee member Nathi Mthethwa was on the receiving end of the wrath of angry Scenary Park community members during his door-to-door campaign for voter registration on Saturday.

The visit to the East London township is part of the ANC's Thuma Mina campaign to assess progress of its deployees in government in the Eastern Cape.

"We voted for her to be in that position. Now she is only catering for her friends and busy with ANC factional battles not service delivery," said a visibly angry Ulana.

Security tightened after councillor's home is burned to the ground

KwaZulu-Natal cooperative governance and traditional affairs MEC Nomusa Dube-Ncube has called for tighter security around councillors whose lives are ...
News
3 years ago

Thousands of members and supporters of the National Education‚ Health and Allied Workers’ Union (Nehawu) marched from the Bisho stadium to the office ...
News
3 years ago

Most of the residents told Mthethwa of the plight of not having proper houses, electricity and access to water among others.

President of the country and the party Cyril Ramaphosa and other senior party leaders are expected to touch down in the Buffalo City Metro on Sunday morning, while others will be conducting similar campaigns elsewhere across the province.