Timeline | The events leading up to Malusi Gigaba's resignation 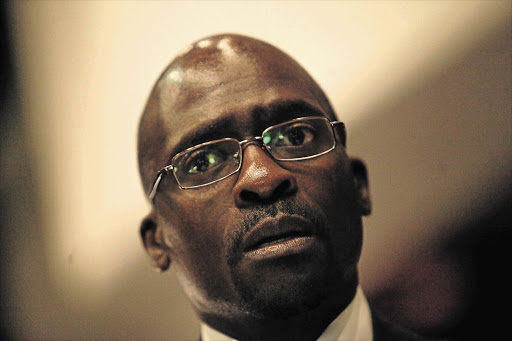 Malusi Gigaba's resignation was preceded by a string of controversies and legal action.

Since taking up his post as home affairs minister in February after a short stint as minister of finance, Gigaba has been subjected to a great deal of scrutiny. This month has been shadowed with one controversy after the other.

In February this year, Gigaba was reshuffled from his position as minister of finance to return to his old gig at home affairs. Gigaba returned to home affairs for a third time having served as a deputy from 2004.

In September, Gigaba appeared before the Home Affairs Parliamentary Committee with regards to the naturalisation of the Guptas.

Gigaba denied having any personal relationship with the family. He also claimed that he did not do any favours for the family.

Gigaba admitted that he had dealt with five Gupta family members during his tenure.

In early November, a sex tape of Gigaba leaked. He said it was part of a political conspiracy and he had been blackmailed.

Gigaba appeared in Parliament to face allegations that he had authorized a VVIP terminal at OR Tambo International Airport for the Oppenheimer family. Nicky Oppenheimer claimed that Gigaba had lied to Parliament.

In the same week, Public Protector Busisiwe Mkhwebane found that Gigaba had lied under oath. She gave President Cyril Ramaphosa 20 days to respond to her findings.

Gigaba received backlash after using the pinky finger gesture in Parliament during the Ramaphosa question and answer session. This after EFF spokesperson Mbuyiseni Ndlozi advised the president to provide cabinet members with phones that do not have a camera.

Back story: How Gigaba was pushed

Former home affairs minister Malusi Gigaba stepped down after he was advised by his peers in the ANC to resign on Tuesday morning.
Politics
3 years ago

Sunday Times reported on Tuesday that Gigaba had been advised to step down by his ANC peers. The paper reported that Gigaba was urged to resign in the interests of the party and the upcoming 2019 elections.

The Presidency released a statement that Ramaphosa had received a letter of resignation from Gigaba. Ramaphosa has requested Transport minister Blade Nzimande to head up home affairs in the interim.

In his statement, Gigaba said his resignation was not "an admission of guilt on my part".

Gigaba also said he will file an application for judicial review of the public protector's findings on the Fireblade matter.

Former home affairs minister Malusi Gigaba is adamant that his resignation on Tuesday is not an admission of any wrongdoing.
Politics
3 years ago

Despite his unexpected resignation on Tuesday former Home Affairs minister Malusi Gigaba may not be off the hook just yet.
Politics
3 years ago