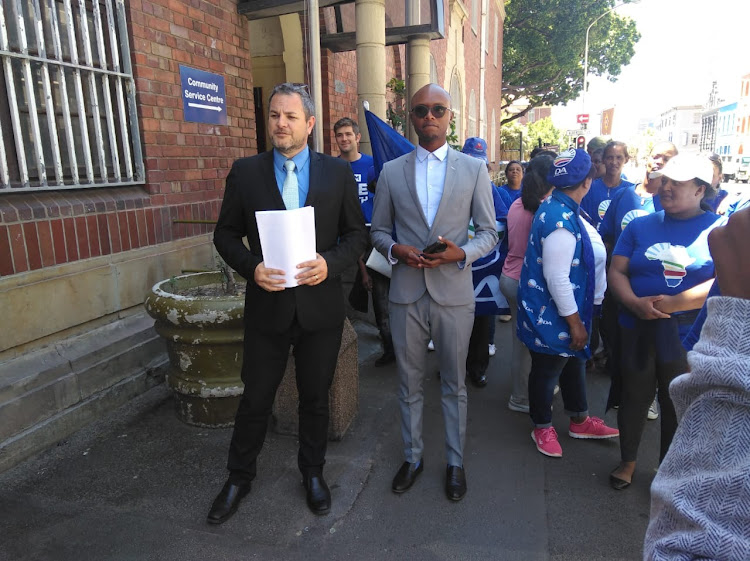 DA MP Kevin Mileham has opened a criminal case in connection with the "looting" at VBS Mutual Bank against the EFF, party leader Julius Malema and his deputy, Floyd Shivambu.

Mileham deposed an 11-page affidavit at the Cape Town police station on Thursday,  quoting various news articles about the bank. He said, "l rely upon the veracity of the newspaper reports referred to and that I am deposing this affidavit on the presumption that the reports are factually accurate."

He said in the affidavit that it was well documented how vulnerable people such as mine workers' widows and hard-pressed municipalities had money stolen from them by politicians and corrupt officials through the VBS Bank heist, through a variety of illegal schemes.

Mileham said bank statements showed that as soon as Sgameka received the alleged "proceeds of crime, the money was moved mainly to accounts of the EFF and Matsobane Phaleng's Mahuna Investments". He said Phaleng was Malema's cousin. Mileham said Scorpio had traced a total of R1.8m of VBS money which had allegedly gone toward propping up the EFF.

He said R450,000 was paid from Mahuna to a property in Sandown, whose title deed indicated that it belonged to the EFF. The house was at one stage occupied by Malema.

"I am of the belief that on a proper reading of the article and investigation report it becomes apparent that there is indeed a potentially wide range of criminal offences that were committed, including offences in terms of the Prevention of Organised Crime Act," Mileham said.

The DA-run councils in Johannesburg and Pretoria could be under threat after the party laid criminal charges against the EFF and its leadership, said EFF spokesman Mbuyiseni Ndlozi.

Ndlozi said no one had provided proof that the EFF had benefited from the allegedly stolen VBS money.

“This is borne out of a desperate attempt to tarnish the image of the EFF because they (DA) hope that it will save them from losing the position of being the official opposition in 2019 which the statistics, surveys and research say they will be losing.

“The DA must really be warned (because) clearly it’s a caucus decision that such charges must be brought against the EFF and its leadership. Why would we continue to keep people who seek (to) discredit our reputation in power in the municipalities? If they mean this, why don’t they reject the vote of the EFF in the municipalities.”