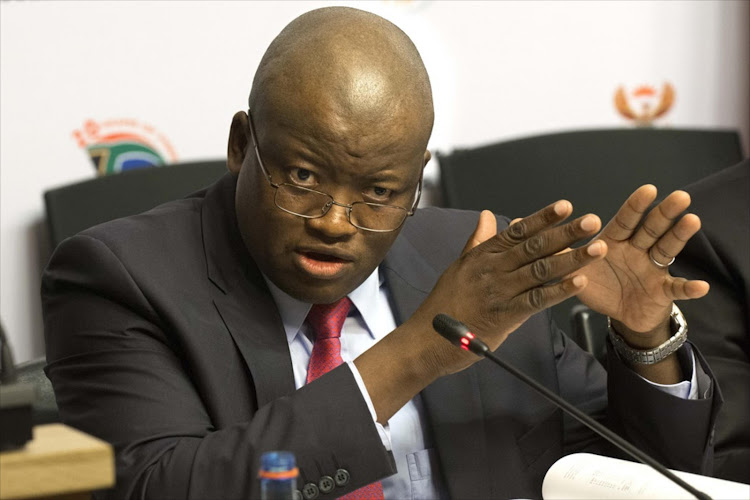 Former Treasury director-general Lungisa Fuzile was disappointed that new finance minister Des van Rooyen did not use an opportunity to reassure staff and settle the markets when he was first appointed. Instead, Van Rooyen said 'he would come at his own time'.
Image: TREVOR SAMSON

Former National Treasury director-general Lungisa Fuzile said he was disappointed with the actions of Des Van Rooyen on the first of his four-day stint as finance minister in 2015.

Fuzile, who was testifying before the state capture commission on Thursday, said Van Rooyen "broke tradition" by not attending a formal handover with his predecessor, Nhlanhla Nene.

"In a way, I reached out and I demonstrated acceptance of the fact that he had been made minister ... The first thing I had in mind was to ask him to try to get to the department early that morning [to do a formal handover] ... because it was not the first time we had a change of minister," said Fuzile.

"I also wanted to do this, in his case in particular, because his appointment had come - even though there had been rumours - unexpectedly. I also asked him to consider issuing a media statement in light of what I was saying insofar as the currency is concerned."

"Because when I asked Van Rooyen to come he said he would come at his own time ... I was disappointed because he was breaking tradition and I really thought that it would make for a good stance for him to be seen with his predecessor, addressing staff and also just to hear his predecessor and also take some sense of the mood of the department," Fuzile said.

"I was also disappointed insofar as the statement was concerned. There was a lot of speculation about what led to the removal of Nene. I was hoping he would use the opportunity quite quickly to dispel some of those notions.

"It just seemed that at that time he hadn’t come to terms with what his role was about. It just seemed to me that he was oblivious to the fact that the currency was depreciating in the manner it was doing and he had a role to stave that off."

To set the tone for his State Capture testimony, Pravin Gordhan quoted from historic reports and speeches.
Politics
2 years ago

Pravin Gordhan, who is fast being turned into public enemy number one, has again warned of the fightback against the clean-up of the state, saying ...
Politics
2 years ago