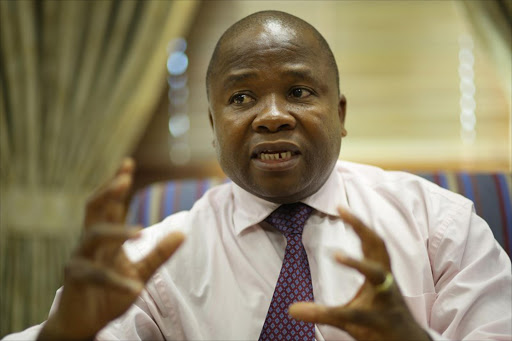 Mogajane was testifying at the Zondo commission's inquiry into state capture on Friday.

This figure was reached when Treasury used an assessment model to determine the effects of Nene’s removal and the appointment of Des van Rooyen in his place, which caused the value of the rand to drop and the loss of investor confidence.

Mogajane said the JSE suffered a R378bn reduction in market capitalisation. He estimated that the country’s gross domestic product shrunk about 1.1% as a result of the cabinet reshuffle.

"There was indeed what I term a catastrophic fall of the rand at the time... The impact would have been felt throughout," he told the commission.

"The impact can even be felt now. I don’t think we were ever able to recover... One can see that after the impact in 2015, recovery only started being noticed in quarter two of 2016."

Zuma fired Nene on December 9 2015, and replaced him with little-known ANC backbencher Van Rooyen. The rand crashed 2.5% on the pound and 1.39% on the dollar after Nene’s removal was announced.

Van Rooyen was finance minister for four days  until Zuma reportedly caved in to pressure from some of his party members and returned Pravin Gordhan to the position.

Former director-general Lungisa Fuzile ended his testimony before the state capture inquiry on Thursday with some last words of advice.
Politics
3 years ago