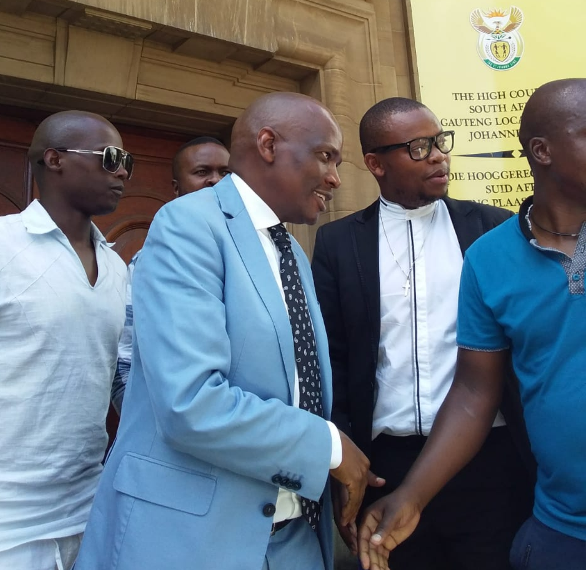 Former SABC chief operating officer Hlaudi Motsoeneng, who opposed a court application on Thursday to stop the payment of his R11.5m “success bonus”, promised his supporters he would soon be president of the country.

Motsoeneng, whose supporters arrived in droves outside the High Court in Johannesburg, lashed out at the ANC, saying it was not serious about transformation.

“For the first time in the history of SA, the ANC and other political parties colluded to remove Hlaudi at the SABC. Here is the question: if the ANC said, ‘we stand for transformation', they were supposed to defend me,” he said.

Motsoeneng was in court to argue against the SABC, which is seeking an interim order to stop its pension fund, a separate entity, from paying him his multi-million rand pension.

Terry Motau, representing the SABC, made submissions to acting Judge Avrille Maier-Frawley that Motsoeneng must not be granted his pension payout because he faced allegations of wrongdoing.

Motau said the SABC found out only during its audit processes that its former COO was illegally paid a R11.5m “success bonus”, SowetanLIVE reported.

Motau said Motsoeneng was not entitled to the bonus, which was signed off by former CEO James Aguma and approved by an SABC committee.

Outside court, scores of people, including religious leaders, political parties and artists, gathered in support of Motsoeneng, saying he was their next president. 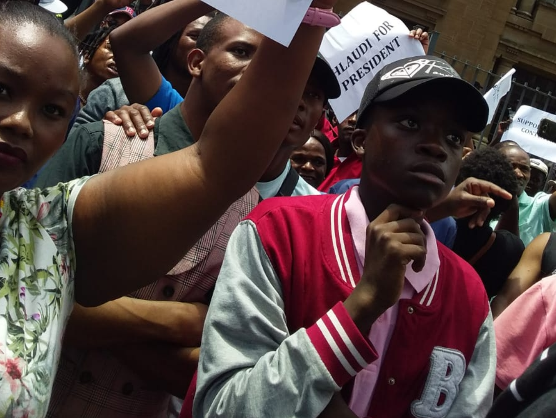 Scores of people came to court on Thursday to pledge their support to the controversial Hlaudi Motsoeneng.
Image: Nonkululeko Njilo

Motsoeneng lashed out at SA political parties, saying they only cared for people because the 2019 national elections were fast approaching.

“All these political parties for now they are talking about people, they know people now because it is elections,” he said.

Pastor Nicholas Thipe from the Religious Forum said he would support Motsoeneng until the end.

“Whether you like it or not, he is a born leader, you can’t ignore him. We are going to be with him until the end, until the day he says I will serve the people of SA at the Union Buildings, signing to be the president,” said Thipe.

Motsoeneng urged his supporters to “mobilise” others to support his presidential bid, saying he knew what people wanted.

“I was employed and I knew what I must do to change people’s lives. I am going to run and lead SA as a president.”

“Don’t listen to people [politicians] who are talking about qualifications, because there is wisdom in me. If you have wisdom, you know what people want,” Motsoeneng told his supporters.

Motsoeneng said he was confident that he would emerge victorious in the legal battle.

“So far so good, I don’t want to say much — but I am confident,” he told TimesLIVE.