2018 highlights from the state capture inquiry 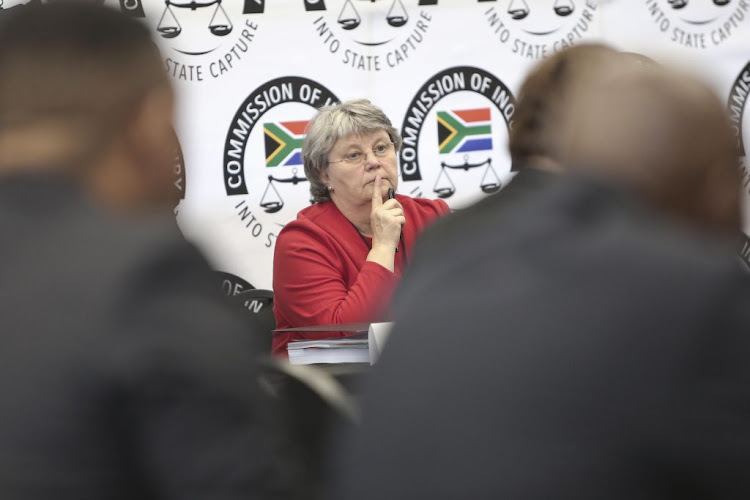 When Jacob Zuma announced the state capture inquiry in January, explosive testimony was expected yet nothing could have prepared South Africans for the incidents of disregard for law and procedure that witnesses would detail while on the stand.

These are just a few moments from the state capture inquiry so far that have shocked the country.

Barbara Hogan and her trip to India

Former public enterprises minister Barbara Hogan told the commission that she was "shocked" when she found out that a trip she had taken to India with her late husband, Ahmed Kathrada, might have been paid for by the Guptas.

"The only indication that it had anything to do with the Gupta family was in the small forwarding e-mail from the travel agency to Ashu Chawla," said Hogan.

"I don't know who paid for everything."

Chawla was a CEO at Sahara Computers, a company owned by the Gupta family.

Zuma told me to withhold facts from cabinet: Barbara Hogan

Government information was passed on to the Guptas

When Nhlanhla Nene was axed as finance minister in 2015, Des van Rooyen was appointed to replace him in what was one the shortest stints by a cabinet minister in SA history.

Van Rooyen held the post for all of four days.

In November, former Treasury director-general Lungisa Fuzile stunned the commission when he testified that soon after Van Rooyen's appointment, confidential government papers were allegedly in the hands of Gupta business associates.

"It was not meant for anyone other than people employed by the department who have the right level of clearance," said Fuzile.

South Africans who supported Nene when Zuma dismissed him as finance minister were surprised to hear Nene confess to meeting the Gupta family on several occasions.

Nene said: "I visited their home in Saxonwold on four occasions ... The visits were short, and initially was to discuss the economy and to contribute an article to their magazine."

Like most of the witnesses who confirmed that they had met with the Gupta clan, Nene said these meetings were in line with his work as a public servant.

National Treasury director-general Dondo Mogajane has described the “pain” he felt in the days leading up to the removal of finance minister Nhlanhla ...
Politics
3 years ago

SA "has always been captured"

Manyi said: "It is my contention that actually, there has never been a time where the state has not been captured.

5 issues Mzwanele Manyi focused on during his testimony at the state capture inquiry.
Politics
3 years ago

Among the banks that appeared before the commission was FNB. Former FirstRand group chief executive Johan Burger took the stand in September. Burger said that he was surprised that the ANC was interested in why FNB had closed accounts linked to Gupta businesses.

"In my 32 years [in banking], it's the first call I ever got from any political party asking questions about a bank-client relationship," said Burger.

The ANC’s Enoch Godongwana has again been named in the state capture inquiry for summoning banks to the party’s headquarters to discuss the closure ...
News
3 years ago

The inquiry continues, with more witnesses expected to share their accounts of state capture.