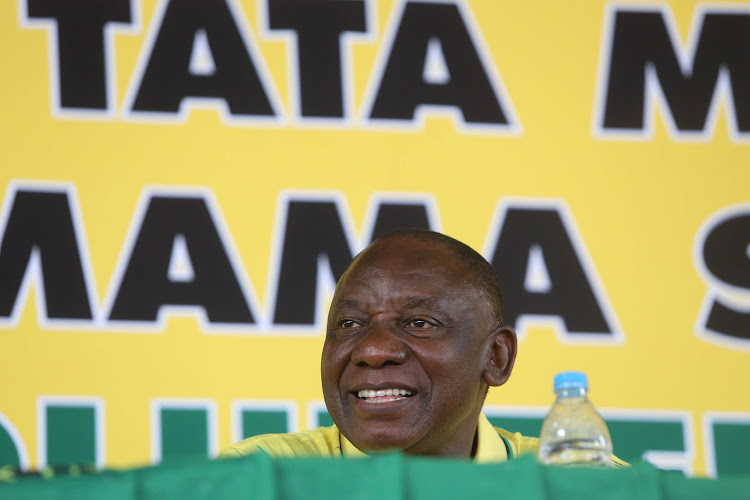 President Cyril Ramaphosa said on Tuesday the ANC was unfazed by the formation of new parties by former members wanting to challenge the governing party at the polls this year.

Speaking to Ukhozi FM on Tuesday evening, Ramaphosa said the ANC would not "waste our time" on splinter parties, including one formed by former SABC COO Hlaudi Motsoeneng.

At the launch of his African Content Movement, Motsoeneng challenged Ramaphosa saying:  "I do not think Ramaphosa can defeat me".

ANC supporters bussed in to the Ohlange Sports stadium in Inanda, North of Durban, for the party’s main January 8 birthday rally chanted in support ...
Politics
3 years ago

Speaking in Zulu, Ramaphosa said: "I will meet him (Motsoeneng) at the finish line. We are watching what is happening with some forming new parties, but the ANC is not bothered.

"Our focus is on achieving overwhelming victory in the upcoming elections. We will not  waste our time on small parties and splinters which we believe will not hurt the ANC at all," he added.

"This is not a new phenomenon on the eve of elections because we have had about 200 parties contesting but the ANC will always come out tops, therefore we are not fazed."

Another former ANC member, former cabinet spokesman Mzwanele Manyi, recently announced his resignation from the ANC. He is expected to announce his new political home on Wednesday in Johannesburg.

Ramaphosa also weighed in on the ANC list process, saying the requirement that 20% of candidates must be youth would bring in professionals such as lawyers and engineers who would come with "fresh ideas".

ANC deputy secretary general Jessie Duarte on Tuesday labelled a poll that suggested the party was tracking towards 60% as the election approaches as ...
Politics
3 years ago

According to Ramaphosa, all men and women who end up in the ANC benches will be men and women of integrity with unblemished reputation despite branches having nominated some with a controversial history.

"The ANC list is a process. And there will be proper vetting so that those who go to parliament and legislatures can be trusted by society but [the] process takes time," said Ramaphosa.

Asked by the station's current affairs presenter, Dumisani Ndimande, about the capacity of ANC branches to vote for the right candidates for public office, Ramaphosa admitted that there were shortcomings because the "ANC is a big broad church".

Said Ramaphosa: "When it's all said and done, the final list of ANC to parliament and legislatures will be made up of people who have an upright standing in society."

President Cyril Ramaphosa dedicated the opening of his January 8 address to reassure ANC supporters of his good relationship with former president ...
Politics
3 years ago

Age-old promises from Cyril on the election trail in KZN

Centenarian Johanna Godden was so overwhelmed when President Cyril Ramaphosa visited her home in Merlewood, Port Shepstone on the KwaZulu-Natal south ...
Politics
3 years ago