Is Mzwanele Manyi heading to the ATM? 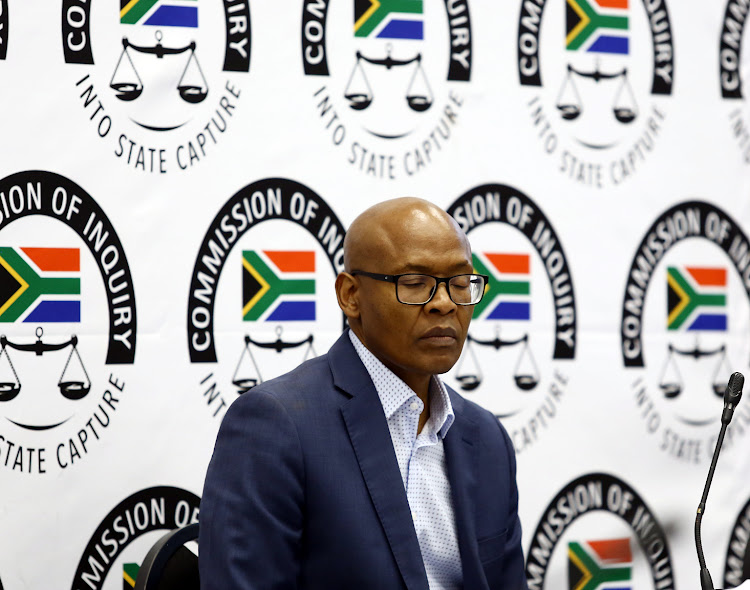 Are you wondering where former Gupta associate Mzwanele Manyi's next paycheque will  come from? Well, those close to him claim he is headed for the ATM.

Not the automated teller machine, but the African Transformation Movement - a party formed by disgruntled supporters of former president Jacob Zuma.

Insiders familiar with the party said Manyi would on Wednesday January 9 announce the ATM as his new home following his announcement that he leaving the ANC.

Manyi is a member of the Bantu Church of Christ. His church leaders are among the founders of the ATM. The leader of Manyi's church is bishop John Bolana, a close friend of Zuma.

A source close to the process said: "Initially [Manyi] wanted to start his own party. He was however convinced to join the ATM.

"The intention is collapse all RET (radical economic transformation) organisations and put them all under one roof," said the leader.

The ATM party has been setting up structures in provinces for the better part of last year.

Former government spokesperson and owner of the erstwhile ANN7 news channel and The New Age newspaper, Mzwanele Manyi, is poised to jump ship from ...
Politics
3 years ago

Called for comment, Manyi said he could not "confirm or deny" that he is joining the ATM.

"My position is not to confirm or deny any of the allegations being made," said Manyi.

"There are many speculations. Some are saying I am joining the EFF while others are saying I am forming a new party ... that is why I advise you come to the press conference tomorrow where I will tell you exactly; when I confirm everything," said Manyi on Tuesday January 8.

Manyi is due to make the formal announcement at a press briefing scheduled to take place in Braamfontein, Johannesburg.

Not all so-called RET forces seem to the happy with Manyi joining the ATM.

"We need bishops to be above politics and not compete with politicians or set up proxy political parties. We need to be able to call upon the church to assist with spiritual needs of the people. The church turned into politicians is a bad idea," wrote Mngxitama.

Did you know that the Constitution of RSA says👇 pic.twitter.com/HbaBXkCweZ

Manyi promised that he "will answer all questions" at the briefing, including why he resorted to dump the ANC to which he was a member for more than two decades.

Manyi, in the ANC, was aligned to the self-proclaimed "RET (Radical Economic Transformation) forces" which is a faction made up of former president Jacob Zuma's loyalists.

2018 highlights from the state capture inquiry

These are just 5 state capture testimonies that left the commission stunned in 2018.
Politics
3 years ago

5 issues Mzwanele Manyi focused on during his testimony at the state capture inquiry.
Politics
3 years ago