From the death penalty to scrapping low pass marks: Manyi's ambitions for the ATM 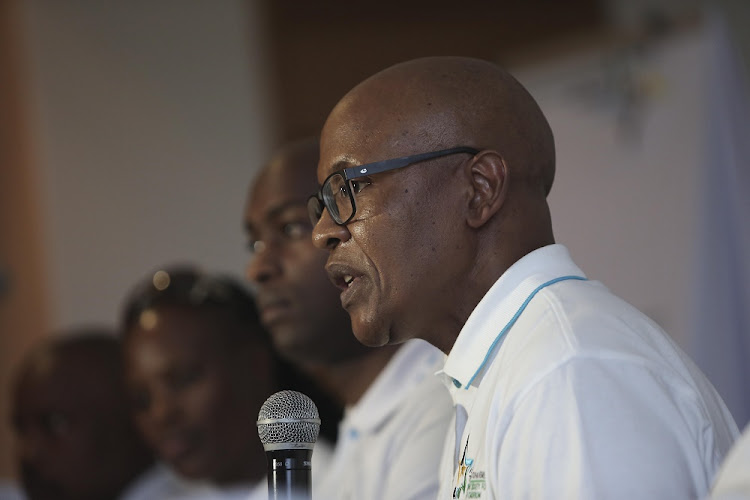 Mzwanele Manyi, who has joined the ATM, says the ANC is "tired, fatigued and lost its moral compass”.
Image: Alaister Russell/The Sunday Times

Just two days after he announced the African Transformation Movement (ATM) as his new political home, Mzwanele Manyi said the party would bring back the death penalty and scrap low pass marks in public schools if it came to power.

In an interview with SABC News on Thursday, Manyi, chief of policy and strategy for the ATM, said: “It’s [ATM] a party that also wants to bring about capital punishment. We know that the constitution doesn’t allow it, but we’ll change the constitution.

On Thursday, Manyi tweeted that the ATM would scrap low pass marks in the basic education system should it win the elections.

When @ATMovement_SA takes over, there will be no such thing as 30% pass mark.

He based his tweet on the Department of Basic Education’s bid to lower the minimum pass mark required to progress in Grades 7, 8 and 9, which would see learners who achieved 30% in three subjects proceed to the next grade.

SECTION27 says it does not support the proposed move by the Department of Education to lower the minimum mark required to progress in the senior ...
News
3 years ago

The former government spokesman announced that he had joined the ATM after being a member of the ANC for decades, saying the “ANC is tired, fatigued and lost its moral compass”.

Former media owner Mzwanele Manyi held a media briefing on January 9 2019 to announce his move to a new political home, the African Transformation Movement (ATM). Here are 5 highlights from the briefing.

It's official, Gupta vendor finance beneficiary Mzwanele Manyi has found a home in the ATM.
Politics
2 years ago

Twitter had a field day following Mzwanele Manyi's announcement that he was joining the African Transformation Movement.
Politics
2 years ago

Former cabinet spokesman Mzwanele Manyi has been unveiled as the new policy chief of the pro-Jacob Zuma party, the African Transformation Movement.
Politics
2 years ago