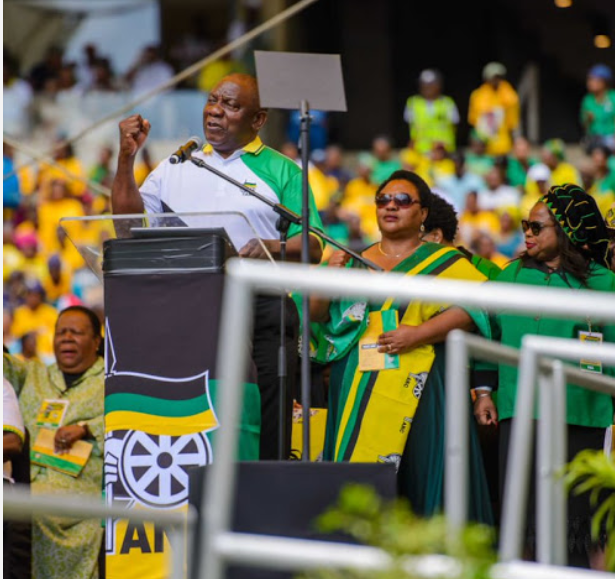 President Cyril Ramaphosa unveiled an ambitious election manifesto on Saturday that included plans to raise R1.2-trillion in new investments over five years for job creation leading to an estimated 275,000 additional jobs each year.

Ramaphosa was speaking in Durban where he said the ANC in government would implement reforms in economic sectors that had the greatest potential to grow and create jobs.

“We will take measures to lower the cost of doing business in South Africa, increase productivity and improve competitiveness. We will implement the agreements reached at the Presidential Jobs Summit last year by boosting local demand for goods, investing more in sectors like mining, manufacturing and agriculture, and expanding export markets. It is estimated that this could contribute around 275,000 additional jobs each year, nearly doubling the annual rate of employment creation,” he said.

Government to get tough on corruption and incompetence, Cyril Ramaphosa warns

President Cyril Ramaphosa says the upcoming 2019 general elections provide an opportunity to restore the country’s democratic institutions and “to ...
Politics
2 years ago

Ramaphosa also spoke about the establishment of an infrastructure fund, “in which we will pool government’s infrastructure budget and use it to raise additional funds from other public and private sources to build roads, rail lines, broadband networks, hospitals, schools, dams and other infrastructure vital for a growing economy”.

Ramaphosa said efforts to restore investor, business and consumer confidence and ensure policy consistency and certainty would also be intensified while striving for an inclusive economy.

He also vowed to open up markets for new, emerging companies by ending monopolies and behaviour that stifled competition.

“For centuries, the majority of South Africans have been deliberately excluded from economic activity, dispossessed of land, deprived of skills and forcibly settled far from economic opportunities.

“This exclusion is greatest among women, rural people and youth. We will build an economy in which all our people have a meaningful stake and from which they can all benefit. We will enable workers to own stakes in the companies they work for and to share in the profits,” Ramaphosa explained.

Ramaphosa said the inclusion of rural women and youth would be achieved by expanding access to digital skills training to young people, by developing and supporting technological and digital start-ups, and a more concerted focus on SMMEs, cooperatives and township and village enterprises.

“We will use government’s massive procurement spend to support transformation and job creation, including allocating at least 30% of procurement spend to small businesses and cooperatives. We will encourage the growth of enterprises in townships and villages through a dedicated fund that supports the development of industrial parks, business centres and incubation centres,” he added.

Government would also prevent the displacement of local enterprises by big retail stores and ensure that small producers had a place in the retail value chains.

“The lack of funding for small enterprises, township and village businesses, housing and land is holding back the growth of the economy.

“We will work with commercial private banks and other financial institutions on ways to expand access to funding and capital for such businesses and individuals, so that we may unleash their economic and social potential,” Ramaphosa said.

President Cyril Ramaphosa said on Saturday the ANC must acknowledge that state capture and corruption have weakened several of the country’s public ...
Politics
2 years ago

It was tough! Cyril Ramaphosa's frank assessment of the Zuma years

President Cyril Ramaphosa on Thursday gave a frank assessment of the Jacob Zuma years in government - telling his audience in Pietermaritzburg that ...
Politics
2 years ago