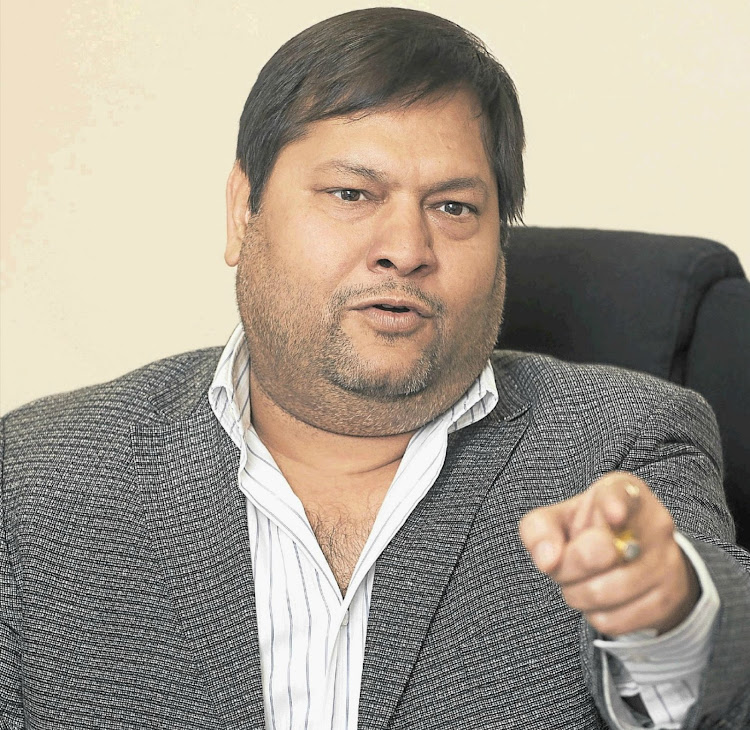 Zondo, who chairs the commission of inquiry into state capture, on Tuesday upheld his decision of last year when he said there is no valid reason for the Gupta family not to return to South Africa and testify before the commission.

This comes after advocate Mike Hellens, acting on behalf of the Gupta brothers, brought an application to cross-examine Manuel, who is expected to testify before the inquiry. Hellens said the commission sent correspondence to Atul Gupta on October 31 last year, implicating him in Manuel’s evidence.

Manuel alleges that Atul Gupta unlawfully interfered in the appointment of Fikile Mbalula as sports minister. However, Hellens said his application is on behalf of Ajay, who says he congratulated Mbalula on his appointment, not his brother.

"The attitude of Ajay Gupta which you previously found to be not satisfactory was that he views the [National Prosecuting Authority] and the police and the Hawks as being less than competent and he drew to your attention the failed proceedings of the [Asset Forfeiture Unit]," Hellens said.

"We predicted through our clients that all of this would come to nothing. Everyone has observed the progress of the commission, nobody has yet been cross-examined. Someone will have to test the veracity of that evidence. There has been a completely incompetent prosecution of all these people."

Hellens again suggested that the Guptas be allowed to cross-examine witnesses or give evidence before the commission via video conferencing.

Last year, the Gupta brothers made a joint application to cross-examine Mcebisi Jonas‚ former ANC MP Vytjie Mentor and former GCIS boss Themba Maseko. The brothers said they would testify before the commission if it travelled to a neutral location outside South Africa, or via a video conference.

Zondo rejected the application at the time and repeated his ruling on Tuesday.

"I don’t see there is anything that would make me go against the ruling that I have made. I am of the view that there is no basis for me to grant Ajay Gupta leave to cross-examination because the hurdle that stood in his way in terms of that judgment remains. The application is dismissed," he said.

Former director-general Lungisa Fuzile ended his testimony before the state capture inquiry on Thursday with some last words of advice.
Politics
3 years ago

In a series of speeches, former finance minister Trevor Manuel has raised a legitimate question: why is it taking so long to prosecute those involved ...
Opinion & Analysis
3 years ago