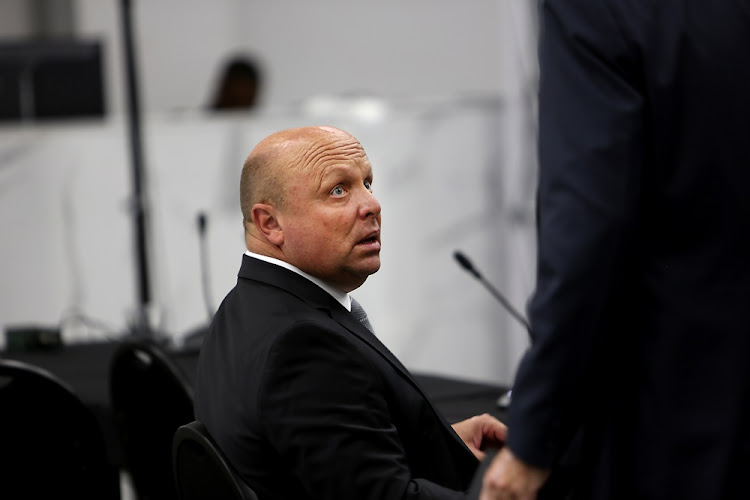 Testifying at the state capture inquiry on Wednesday, Van Tonder described Bosasa’s failed venture into the aquaculture business via a project called SeaArk Africa which aimed to breed seawater prawns in a controlled environment.

"Large sum of monies were transferred to SeaArk. Up to about R50m over three years was earmarked to pay consulting fees to various consultants on the project. We could not continue with the commercial build-out of the project due to the lack of funding. There were also other operational concerns which prevented this project from being continued," Van Tonder said.

To mitigate the losses from the project, SeaArk’s name was changed to Bosasa Supply Chain Management.

He said the value of the benefit was about R37m.

But Sars conducted an investigation into the company's utilisation of the assessed losses and the equipment write-offs reflected in its books.

"We had to show that the SeaArk project continued and we did it by building a prawn production facility in Krugersdorp. An entity for this purpose was called Bio Organics. It was funded by Bosasa.

"Artificial seawater was manufactured to grow the prawns in for this project. [Bosasa CEO] Gavin Watson even invited [former president Jacob] Zuma to view the facility. It was a very successful operation, we bred beautiful prawns," Van Tonder said.

"The second thing that had to be done was show that the processing-plant equipment that was never unboxed was installed and being utilised. None of this equipment ever was used in the kitchen facilities in the group ... We managed to convince Sars that the assessed loss was indeed legitimate. It was not a lawful result."

Van Tonder described the various ways Bosasa acquired cash which was stashed in safes within the company’s premises. Based on Van Tonder’s evidence, and previous testimonies by former Bosasa executive Angelo Agrizzi, this cash was used to pay bribes.

"The cash was initially generated by means of drawing the cash from Bosasa’s bank account. We had to create fraudulent documentation to attach to a cheque requisition to request a cash cheque by the accounts department," Van Tonder said.

"We were contracting SMMEs (small, medium and micro enterprises) who had no bank accounts, therefore the reason for the cash cheque. It became problematic because the amounts [Watson] required became too large."

Bosasa then had to get more inventive. Van Tonder described various ways the company would generate the cash, the most lucrative method allegedly being through its dealings with Equal Trade, a company run by Greg Lacon-Allin.

A ton of chicken, according to Van Tonder, meant R1m.

Van Tonder alleged that he would collect R4m-R6m a month from Lacon-Allin at a filling station or shopping complex near Lanseria Airport.

Bosasa would then allegedly create fake order sheets to allocate these cash amounts to the various kitchen units it serviced so that Equal Trade could invoice Bosasa for the cash it provided, with the addition of a commission.

State capture: Bosasa bosses made a pact 'not to rat on each other'

Bosasa executives made a pact not to rat on each other when the Special Investigating Unit started sniffing around in 2009, the state capture inquiry ...
Politics
3 years ago

'It's like we live in a movie': Mzansi shook at Angelo Agrizzi's cash video at state capture inquiry

A video presented by former Bosasa COO Angelo Agrizzi did not only dominate news headlines, but also social media platforms.
News
3 years ago

Former Bosasa executive Angelo Agrizzi has admitted that he is a racist, but denied that his evidence before the state capture inquiry is motivated ...
Politics
3 years ago