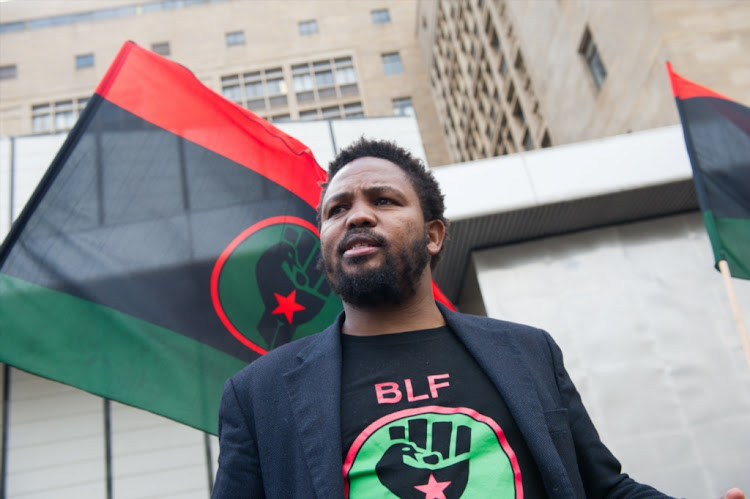 The DA youth league is expected to lay complaints at the South African Human Rights Commission (SAHRC) against Black First Land First (BLF) over their "racist" remarks made about the Hoërskool Driehoek tragedy.

DA Gauteng chairperson Pogiso Mthimunye said on Sunday that they would lay the complaints on Monday.

"This is a tragedy that affected the country terribly and for people to take it in this line is completely out of order.

"It is working against our project of achieving one South Africa for all," Mthimunye said.

BLF spokesperson Lindsay Maasdorp had tweeted that the deaths at the school should be celebrated.

Hey, rape condoner and celebrator of the youth dying AKA Lindsay Maasdorp (@BLF_Lindsay). You accidentally deleted this so that people couldn't link it to you. Don't worry. I saved it for you so that everyone can know what cancer you and the BLF are. pic.twitter.com/wTzWfDJ4cm

Maasdorp backed a comment made by Facebook user Siyanda Dizzy Gumede on the SABC's post that at least three children died at the school on Friday when a walkway collapsed.

Maasdorp took to Twitter and said: "Syanda Gumede is correct! God is responding, why should we frown on the ancestors’ petitions to punish the land thieves including their offspring.”

The DA said it had also launched a petition to prevent the BLF from contesting the 2019 general elections.

DA youth leader Luyolo Mphithi said the BLF had shown itself it to be a “cabal of unrepentant racists” whose mission was to divide South Africans along racial lines and to undermine the constitutional value which stated that “South Africa belongs to all who live in it”.

“The IEC also has an important role to play in this regard; it cannot in good conscience accept that a party which marvels at the death of three young learners at Hoërskool Driehoek, is placed on the ballot paper and given the opportunity to contest in order to peddle hate along racial lines in parliament or the country’s nine provincial legislatures," Mphithi said.

The Black First Land First (BLF) movement told the Equality Court on Tuesday that it was not ready to face its hate speech trial.
News
3 years ago

"It is despicable that the BLF's spokesperson can use this tragedy of this nature as a platform to spew racist venom. These are ordinary school children who lost their lives in such a tragic manner.

"Irrespective of their race, class, religion, gender or ethnicity, basic humanity should dictate that we empathise with their families, friends and the school for the pain that this loss has brought about," Balton said.

It is not the first time Maasdorp has come under criticism for his comments made on social media.

In 2016 Maasdorp posted on social media that “I have aspirations to kill white people, and this must be achieved!”

BLF leader Andile Mngxitama found himself embroiled in another controversy about comments he made, which were labelled by many as hate speech.

At a rally in Potchefstroom in North West on December 8, Mngxitama urged his supporters to kill five white people for every black person killed.

On December 13, the SAHRC announced it had resolved to institute litigation on the Potchefstroom matter at the Equality Court.

A fourth Hoërskool Driehoek pupil has died following the tragic walkway collapse at the school, the department of education said on Sunday.
News
3 years ago

The African Christian Democratic Party (ACDP) and its leader Rev Kenneth Meshoe on Thursday laid a charge with police against minority ...
News
3 years ago