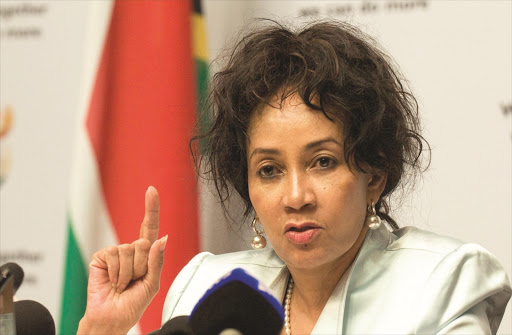 The department of international relations and cooperation (Dirco) has slammed the embassies of five nations for not following the proper diplomatic channels by sending a memorandum directly to the presidency.

The embassies of the US, UK, the Netherlands, Germany and Switzerland wrote to President Cyril Ramaphosa warning that his international investment drive could fail should he not act against perpetrators of state capture and other crimes.

They also voiced concerns in their joint memorandum about obstacles to foreign investments, such as constant changes in the regulatory framework for mining.

Noting its "disappointment", Dirco said the dispatching of the memorandum to the office of the presidency was "a departure from established diplomatic practice".

"In terms of acceptable diplomatic practice, protocol and convention, diplomatic missions are expected to communicate to the receiving state by means of a note verbal (diplomatic note) conveyed through the Department of International Relations and Cooperation. All embassies, regional and international organisations accredited to South Africa are aware of this protocol and universal norm. South African diplomatic missions abroad consistently observe this protocol by directing official communication to the respective foreign ministries in the countries of accreditation," Dirco said in a statement on Sunday.

It added that the South African government was intensifying its efforts to deepen and expand economic relations with a number of countries around the world, and was pleased with the enthusiastic response its efforts had yielded thus far.

"All matters that have been raised by investors are being addressed by the respective clusters of our government. We are satisfied that all the branches of our democratic state, including state agencies, are vigorously pursuing their respective mandates to address our current challenges," it said.

"The Minister of International Relations and Cooperation Ms Lindiwe Sisulu has instructed the department to demarche the concerned ambassadors with a view to discussing substantive matters contained in their correspondence, and to reiterate acceptable protocol in addressing such matters.

“The Department of International Relations and Cooperation would like to remind all diplomatic missions accredited to South Africa to address official correspondence through the appropriate diplomatic channels,” the statement read.

Corruption must never be allowed to happen again, says Ramaphosa

ANC leaders who have been implicated in the various commissions of inquiry currently ongoing in South Africa must come forward to account for what ...
Politics
3 years ago

Clean governance, inclusive economic growth and delivery of quality services are some of the priorities President Cyril Ramaphosa wants government to ...
Politics
3 years ago