President Cyril Ramaphosa announced on Thursday that troubled power utility Eskom would be broken up into three separate entities – and this while government would seek "strategic equity partnerships" to help ailing state-owned entities.

In his state of the nation address, the president said government would immediately embark on a process of establishing three separate entities at Eskom, made up of "generation", "transmission" and "distribution" under Eskom Holdings.

"To ensure the credibility of the turnaround plan and avoid a similar financial crisis in a few years' time, Eskom will need to develop a new business model," Ramaphosa said.

The unbundling of Eskom into the three entities would, Ramaphosa said, ensure that costs were isolated and ensure that each entity had its own responsibility.

"This will also enable Eskom to be able to raise funding for its various operations much easily from funders and the market," Ramapahosa said.

He conceded that Eskom was in a crisis, which had great risks for South Africa.

“It could severely damage our economic and social development ambitions,” Ramaphosa told the joint sitting of parliament.

The move would put Ramaphosa at odds with his ally, the Congress of South African Trade Unions (Cosatu), which has expressed its opposition to the splitting of Eskom.

The power utility is expected to announce a loss of more than R8bn as it grapples with the effects of state capture and a sluggish economy.

"The consequences may be painful, but they will be even more devastating if we delay," he said.

Ramaphosa also said: "It is imperative that we undertake these measures without delay to stabilise Eskom's finances, ensure security of electricity supply, and establish the basis for long-term sustainability."

The president further announced that government would have to look at funding state-owned entities through private investments and selling off non-strength assets.

"Where SOEs are not able to raise sufficient financing from banks, from capital markets, from development finance institutions or from the fiscus, we will need to explore other mechanisms, such as strategic equity partnerships or selling off non-strategic assets," Ramaphosa said.

He did not say which assets would be sold. 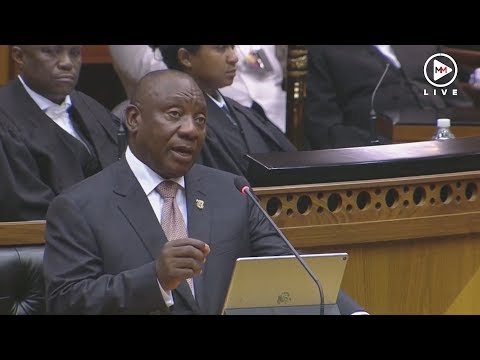