Eskom, elections and investment: What to expect at SONA 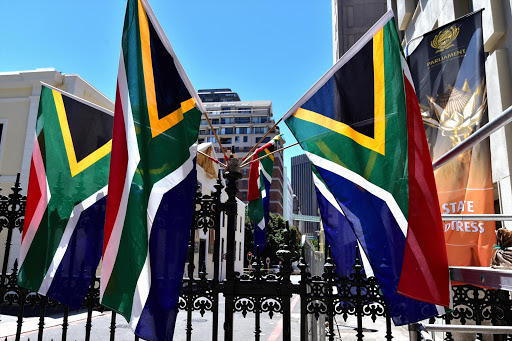 South African flags hanging outside Parliament in Cape Town ahead of the 2017 State of the Nation address. File photo.
Image: GCIS

Structural changes to Eskom are expected to feature prominently as President Cyril Ramaphosa delivers his second State of the Nation Address in Parliament on Thursday evening.

Among the major announcements expected from the speech are plans to restructure and streamline state-owned entities, including a plan to split the national power utility, Eskom, into three companies. One will focus on production, another on transmission and the third on distribution. .

“It’s too big an elephant... it is struggling to walk. We’ve realised that countries that have been successful in sorting out their electricity supply have actually done that‚” ANC treasurer-general Paul Mashatile told the Cape Town Press Club in July 2018 when he revealed plansto split the utility into three separate entities.

DA leader Mmusi Maimane appeared stunned when a diplomat told him that business people seemed impressed by the work that President Cyril Ramaphosa is ...
Politics
2 years ago

Ramaphosa is also expected to give more details of his investment drive. He has already boasted that this has brought about R20bn of new foreign investment into the country, which is a fifth of his five-year target.

It would be interesting to see if the president addresses concerns around allegations of massive corruption that have come to the fore in ongoing commissions of inquiry, particularly given that corruption was at the top of the discussion document drafted by US, UK, Dutch, German and Swiss embassies.

The ANC has taken aim at foreign "imperialist forces" in a strongly-worded statement which condemns the US, Germany, UK, Netherlands and Switzerland ...
Politics
2 years ago

In what is arguably the head of state’s most important speech of the year, Ramaphosa is facing the possibility of disruption. The EFF has made it clear it wants him to answer questions about Bosasa before he addresses the nation.

Party leader Julius Malema vowed to turn the occasion into a question and answer session, in which EFF MPs would force Ramaphosa to answer questions about the controversial donation he received from facilities management company African Global Operations, previously known as Bosasa.

Ramaphosa’s spokesperson Khusela Diko said they hoped for a peaceful event, where decorum would be observed.

“It’s our hope, our wish, that the SONA will be afforded the decorum that it deserves.

“It’s really political opportunism to try to use this SONA to try to deal with issues that are being dealt with at another forum,” she said earlier this week.

'We will treat Ramaphosa the same way we treated Zuma': Malema on Bosasa, Sona and Zimbabwe

Speculation has also been rife in ANC circles that Ramaphosa may announce the date of the national elections during his address.

Meanwhile, the City of Cape Town told TimesLIVE that only one organisation had applied for permission to protest in the Cape Town CBD on Thursday. The Education Union of South Africa applied to assemble at Keizergracht, about 1km from parliament.

In the last years of Jacob Zuma’s presidency, several organisations staged protest marches around parliament on the days of SONA.