Where is Gavin Watson, asks Mzansi after Bosasa arrests 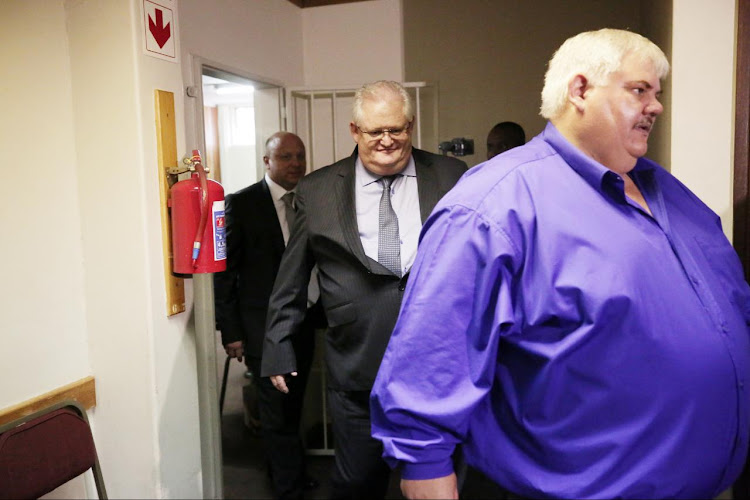 As news broke of the arrest of Bosasa executives, including Angelo Agrizzi, on Wednesday, many on social media questioned why Gavin Watson was not arrested.

The Hawks arrested seven people in connection with the alleged illegal awarding of tenders worth millions of rands by the department of correctional services.

Former national correctional services commissioner Linda Mti, who lives in Port Elizabeth and another suspect, who the Hawks refused to name, did not appear in court.

Watson and other Bosasa officials were only implicated in the allegations made at the Zondo inquiry into state capture. This week's arrests form part of a nine-year investigation by the Hawks. The crime-fighting body has warned that more arrests will follow.

"The arrests follow a marathon investigation, where almost R1.6bn is said to have been misappropriated in the tender processes for the procurement of various services by the Department of Correctional Services. The tenders were awarded to Bosasa operations and its subsidiary companies," said Hawks spokesperson Brig Hangwani Mulaudzi

The suspects appeared in the Pretoria Specialised Commercial Crime Court. Five of them were released on bail for R20,000 each, on condition they surrender their passports.

Bosasa head Gavin Watson, who was heavily implicated at the inquiry into state capture, was not among those arrested.

Watson trended on Twitter after the arrests, as many questioned his whereabouts.

Big fish 🐠 should also be arrested. However, Agrizzi is no f*****n angel, so please

We surely should expect Gavin Watson to be arrested along with his political accomplices soon? #Bosasa #hawks

Why was Gavin Watson not arrested with the others?

Gavin Watson is a step ahead this country and its corrupt politics.

So these Hawks arrest Agrzzi who confessed bribing people. Why are they not arresting the big guns, the ones he bribed and the one who ordered him to bribe: Gavin Watson, Mantashe, #uBabesWeChicken etc. They go for low hanging fruit

So the mastermind Gavin Watson was not arrested #StateCaptureInquiry pic.twitter.com/BnEQjbLU31

Gavin Watson, in his BMW: 'Let them rant and rave as much as they want'

Bosasa CEO Gavin Watson – implicated in wide-scale graft at the state capture inquiry – remains unperturbed by mounting evidence that he paid off ...
Politics
2 years ago

The high profile suspects linked to the alleged corrupt awarding of tenders worth R1.6b by the department of correctional services to Bosasa are ...
News
2 years ago

The Hawks have arrested seven people linked to the corrupt awarding of tenders by the Correctional Services Department to Bosasa.
News
2 years ago