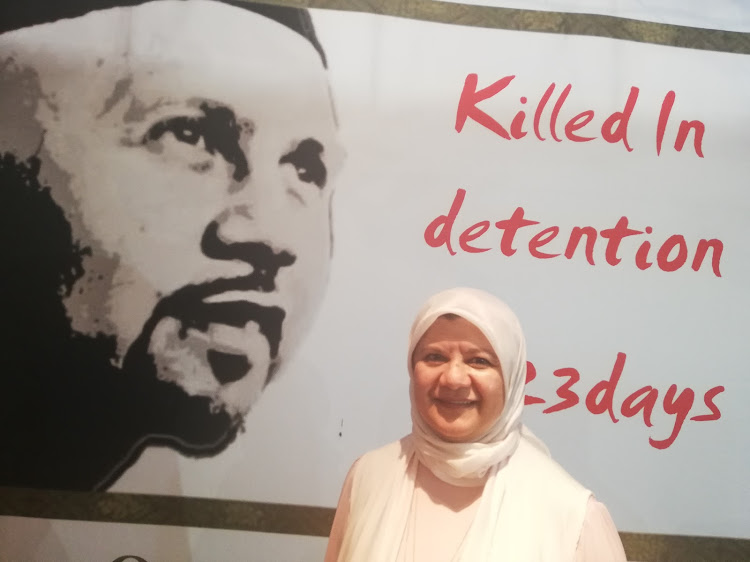 Fatima Haron-Masoet said the family wants to reopen the inquest into the death in 1968 of her father, Imam Abdullah Haron.
Image: Sipokazi Fokazi

"Don’t worry … it will be okay." These were the last words Imam Abdullah Haron said to his wife, Galiema, on the day of  his arrest by apartheid security police.

Almost 50 years later, they remain engraved in the memory of the ailing grandmother and her children, who were present when their father was snatched from them. At the time, they had no idea they would never see him alive again.

"Those were his last words, and even though I was very small - I was only six years old -  I still remember them as if it was yesterday," his youngest daughter, Fatima Haron-Masoet, said on Friday.

Haron-Masoet, 55, who cares for 93-year-old Galiema, put on a brave face on Friday as she announced that the family wanted to reopen an inquest into Haron’s death.

The imam's eldest daughter, Shamilla, lives in England, and his son Muhammed lives between Cape Town and Botswana, where he works.

The state's attorneys have received a tongue lashing for failing to appear at the criminal proceedings of João “Jan” Rodrigues, one of the men ...
News
2 years ago

The family also announced the establishment of an Imam Haron Foundation that will focus on social justice issues.

The foundation will also be responsible for commemoration events that are planned to take place in Cape Town between May 28 - the day Haron was arrested - and September 27, when he died.

Haron-Masoet said her father’s last words and his belief in justice had encouraged her family to seek the new inquest.

"I was at home with my mother when the police came to arrest him," she said. "My brother opened the door for them and they came in with my father.

"My mother was upset. I remember her saying, ‘something has gone terribly wrong ... why are they taking you away?’ My father said, ‘it’s okay … don’t worry, it will be okay’. His words still haunt me even today, and it is those words that encourage us to seek justice for him."

The Claremont imam, from Al-Jaamia Mosque, would have turned 95 on Friday. He is believed to have died at Maitland police station after being held for 123 days.

Even though an autopsy showed signs of torture, no one was found responsible for his death. His family was told he fell down the stairs after slipping  on a bar of soap. 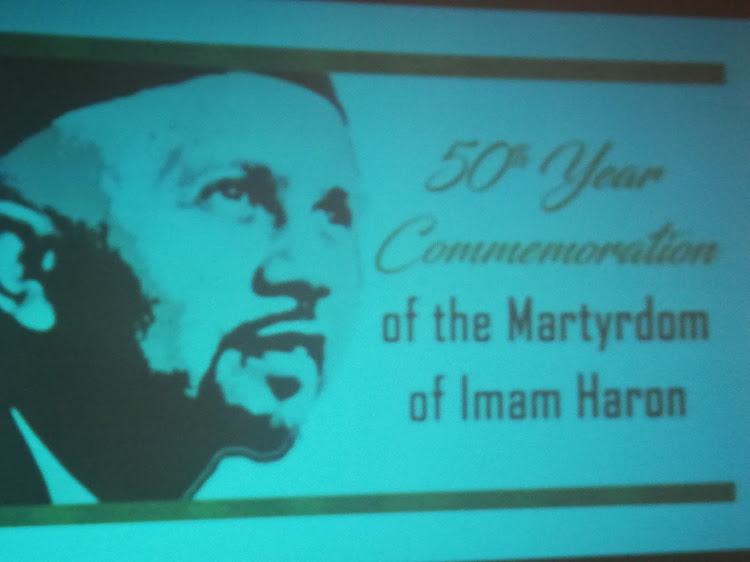 A photograph of Imam Abdullah Haron at the District Six Museum in Cape Town, where his family said they wanted the inquest into his death to be reopened.
Image: Sipokazi Fokazi

Haron-Masoet said the family had been encouraged by the reopening of an inquest into the death in 1971 of anti-apartheid activist Ahmed Timol.

Last year, the high court in Pretoria found that Timol did not commit suicide, as an inquest had ruled in 1972, but was murdered.

Haron-Masoet said even though her mother had turned down requests to take the matter to the Truth and Reconciliation Commission, she had since had a change of heart.

"My mother still remembers everything, and she gave us her blessings and permission to reopen an inquest. She said if it will give us closure on the trauma that we had to endure over the past 50 years, then she will be happy to have the case reopened," she said.

"People might say, 'why you don’t just forgive?'. But we are doing this exactly to get to that. We want to forgive the perpetrators, but how can you forgive if you don’t know the truth?

"The perpetrators might not be alive today, but there might be others who were younger - who were maybe constables, or policeman who witnessed the interrogation - who may decide to come forward. We know that he didn’t die of natural causes but he died of torture." 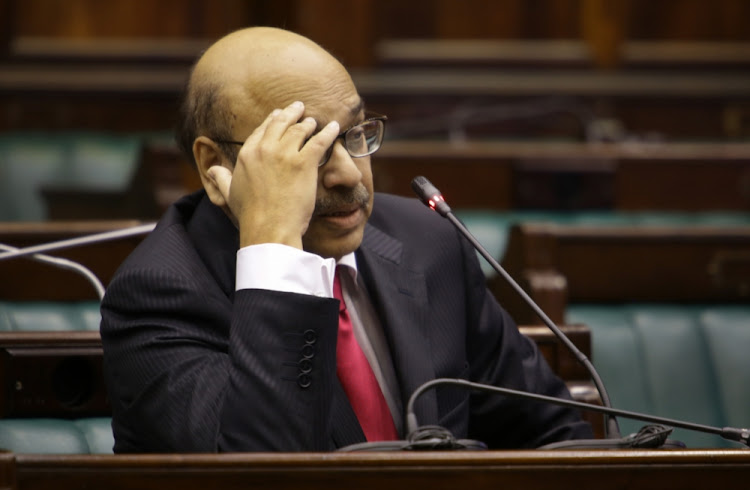 Judge Siraj Desai, deputy chairman of the Foundation for Human Rights, supports the reopening of the inquest into the death of Imam Abdullah Haron.
Image: Ruvan Boshoff

Judge Siraj Desai, who also sat alongside family members on Friday, said the Foundation for Human Rights, where he is deputy chairman, supported the reopening of Haron’s inquest.

"There may not be any prospects of someone being prosecuted, but certainly there are real prospects that the finding that there was nobody who was responsible for his death, may be reversed," he said.

Fatima Haron-Masoet, the youngest daughter of Imam Haron who was killed in detention almost 50 years ago, speaks at the press conference to announce their plans to honour his memory. The Imam would have turned 95 today.

Desai said he knew one of the lawyers involved in the original inquest. "A few weeks before the counsel died in 1979 he told me that the finding of the inquest was one of the most disgraceful moments in the history of law in this country," he said.

Ebrahim Rasool, the ANC's head of elections in the Western Cape, said it was time for Haron's killers to face the consequences of their crime.

"All those who are implicated in apartheid killings and have not come forward to confess their crimes have now forfeited all their rights to amnesty," he said.

"I think that 25 years into our democracy they have in fact broken the contract of full disclosure and proof for amnesty, therefore they must face accountability for their actions."

He called on communities to rally behind the families of slain anti-apartheid activists who were now seeking justice through private prosecutions.

"I would like to think that the judiciary that has shown itself so impeccable in fighting the impunity of corruption and state capture … will show the same fervour when private prosecutions of those accused of apartheid crimes are brought to it. That’s the source of my confidence," he said.

President Cyril Ramaphosa has been urged to appoint a commission of inquiry into “political interference” that scuppered the prosecution of ...
News
2 years ago

The Timol family was on Wednesday admitted as an intervening party in the application by Joao Rodrigues, the former policeman implicated in the death ...
News
2 years ago

The family of the late Pietermaritzburg anti-apartheid activist and dentist Dr Hoosen Haffejee have welcomed the state’s decision to reopen the ...
News
2 years ago