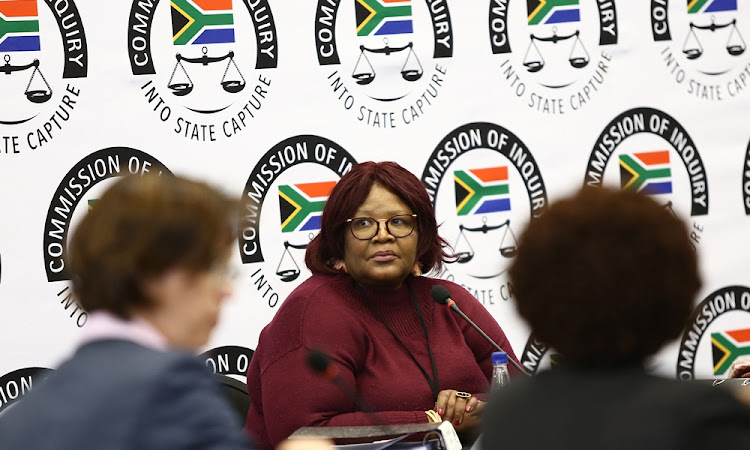 Vytjie Mentor during a previous appearance at the Zondo commission of inquiry into state capture in Johannesburg.
Image: Masi Losi

The state capture inquiry on Monday dissected the testimony of former ANC MP Vytjie Mentor, showing evidence that Atul Gupta may not have been in China on a state visit as stated previously by Mentor.

However, the inquiry also confirmed that in accordance with Mentor’s testimony in 2018, Duduzane Zuma and two Gupta brothers were on an Emirates flight with her between Johannesburg and Dubai in 2010, when the trip to China had occurred.

Leading the evidence, advocate Mahlape Sello said the commission's investigators had obtained documents from the department of home affairs which showed the travel records for brothers Atul, Rajesh and Tony Gupta, Mentor and the former president's son, Duduzane Zuma.

Former ANC MP Vytjie Mentor has admitted that the man Duduzane Zuma allegedly introduced her to on a controversial flight to Dubai may not have been ...
Politics
2 years ago

According to the travel records, Atul was in South Africa between August 22 and 26 2010, when the state visit to China took place. Mentor previously testified that she had met Atul in China while on the trip.

"I would want to request that the footage of day one of the state visit should be obtained because I was hoping that if that footage is obtained, my submission that I saw him there would be proven or disproven," Mentor told the commission on Monday.

The commission also requested information from Emirates airline regarding who was on the airline’s first class flight between Johannesburg and Dubai. Mentor previously told the commission she was approached by Zuma while on this connecting flight, and that he had introduced her to one of the Gupta brothers while in transit.

Information from the airline confirmed that Duduzane, Mentor, Ajay and Rajesh were all on the flight.

The cross-examination is continuing.

Former ANC member of Parliament Vytjie Mentor will be returning to the stand at the state capture inquiry on Monday.
Politics
2 years ago

State capture commission witness Vytjie Mentor has been given an ultimatum to apologise and withdraw copies of her book from the shelves which ...
News
2 years ago